Boston Celtics have their own Trusted Process - it's called Elimination


It just goes to show - you can't trust just any process! Only the right ones work. 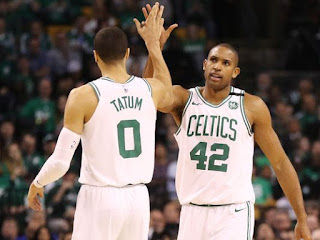 Philadelphia 76'ers fans were told over the past few years to Trust the Process as the team tanked season after season, drafting high in the lottery and picking up talented players that would allegedly lead to successful seasons. Well, this season wasn't one of them. Not totally, anyway.

Losing can become a habit, and that habit can remain in place long after you try to wish it away. The 76'ers, with their dynamic duo of Joel Embiid and Ben Simmons, salivated over the prospect of taking on the injury-ravaged Celtics in the Eastern Semi-Finals. The drooling has now stopped.

Most of the NBA media were choosing Philly over Boston, and those that chose Boston felt it would take seven games to accomplish the feat. Well, with Boston's 114-112 victory over the 76'ers last night, Boston took the series in five games.

Boston's got its own Process. ☘️ pic.twitter.com/sqjSP4sjvP

Joel Embiid on why he tossed his mask aside during the final 20 seconds of the game: “This could be the last possession of the season, and I needed to be at my best.”

And he missed a layup then turned the ball over. https://t.co/SvyzsD1E5Z

The process of tanking doesn't always work in the NBA. The process of elimination works every time. Eliminate an opponent and a team moves on in the playoffs. Eliminate all of them, and your team wins the Championship. Two down - two to go. I doubt the Cleveland Cavaliers are salivating over the prospect of meeting a tough-minded, physical Celtics team in the next round.