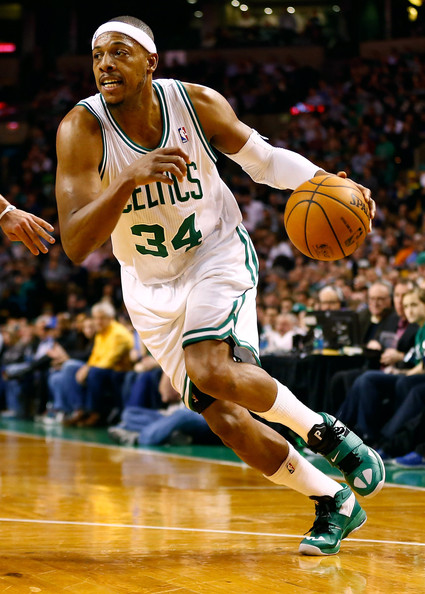 Paul Pierce did indeed win the prize, but he went through Hell to get it. After many years of struggling and being the only star on the Celtics, he and his teammates finally won the Larry O'Brien Trophy.

Paul's Rookie year & the Rick Pitino era
Pierce was picked 10th overall in the 1998 NBA Draft. The Celtics already had a star in Antoine Walker, and the two teamed up to make Boston at least competitive. The team under Coach Rick Pitino finished the season with a 19-31 record in a lockout-shortened season. Paul finished third in the Rookie-of-the-year voting.

Following Pitino's resignation, Jim O'Brien took over the reins and the 2001-02 season saw the Celtics go to the Eastern Conference Finals where they lost to the Nets. Pierce averaged 40.3 minutes, 26.1 points, 6.9 rebounds and 3.2 assists for the regular season. He had become a true star.

Walker was traded by Danny Ainge in 2003, followed by many bitter remarks by Toine. Danny felt Walker was not right for the Celtics, and Toine called Ainge a "snake". Paul had lost the only other star on the team. But he went on to have another great season, ending in a 36/46 record. O'Brien had resigned mid-season and John Carroll took over as Head Coach. Here is the Boston Globe's Michael Holley on the Walker trade and tenuous relationship between Ainge and O'Brien.

Ainge arrived in Boston awkwardly, in the middle of a playoff series the Celtics lost to the Nets. His connection with O'Brien was just as wobbly and unnatural.

Danny was at least partially right about Toine's play. I remember vividly Walker bombing away from long distance while Paul would fight his way into the paint and either score or draw a foul. Checking the stats for the 2001-02 season, Antoine attempted 324 foul shots, roughly half of Pierce's 643. The numbers substantiate my memory.

The Big Three era. The prize was won.

The Truth finally got some high-level help in the 2007-08 season. Kevin Garnett and Ray Allen came on board and it was time for The Captain to win the prize he sought since his rookie year. Boston ended the season with 66 wins, a 42-game turnaround from the previous season.

The Celtics went on to win the Championship against the Los Angeles Lakers, and The Captain won the Finals MVP Award. It took Paul 10 years to reach his goal. 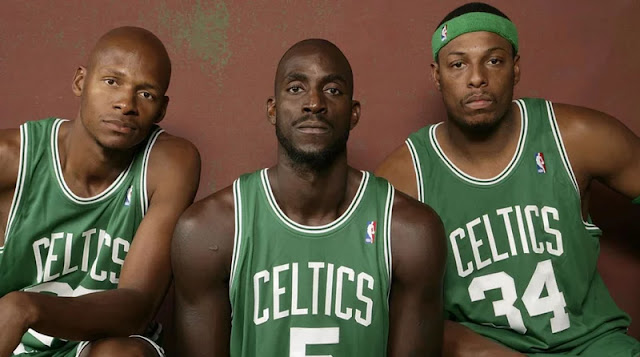 Pierce was a 10-time All-Star and Three-Point Shootout Champion in 2010. He anchored the Celtics teams through the tumult of the Pitino and O'Brien eras while surrounded by little talent. Shaquille O'Neal nicknamed him The Truth, but Paul was most proud being called The Captain. He never left the ship and when a talented, seasoned crew came on board, they worked together to win the prize. It just makes for a great story. Tomorrow our Captain will hear, as Walt Whitman wrote, "the people all exulting". It will be great to see Paul on the parquet again.