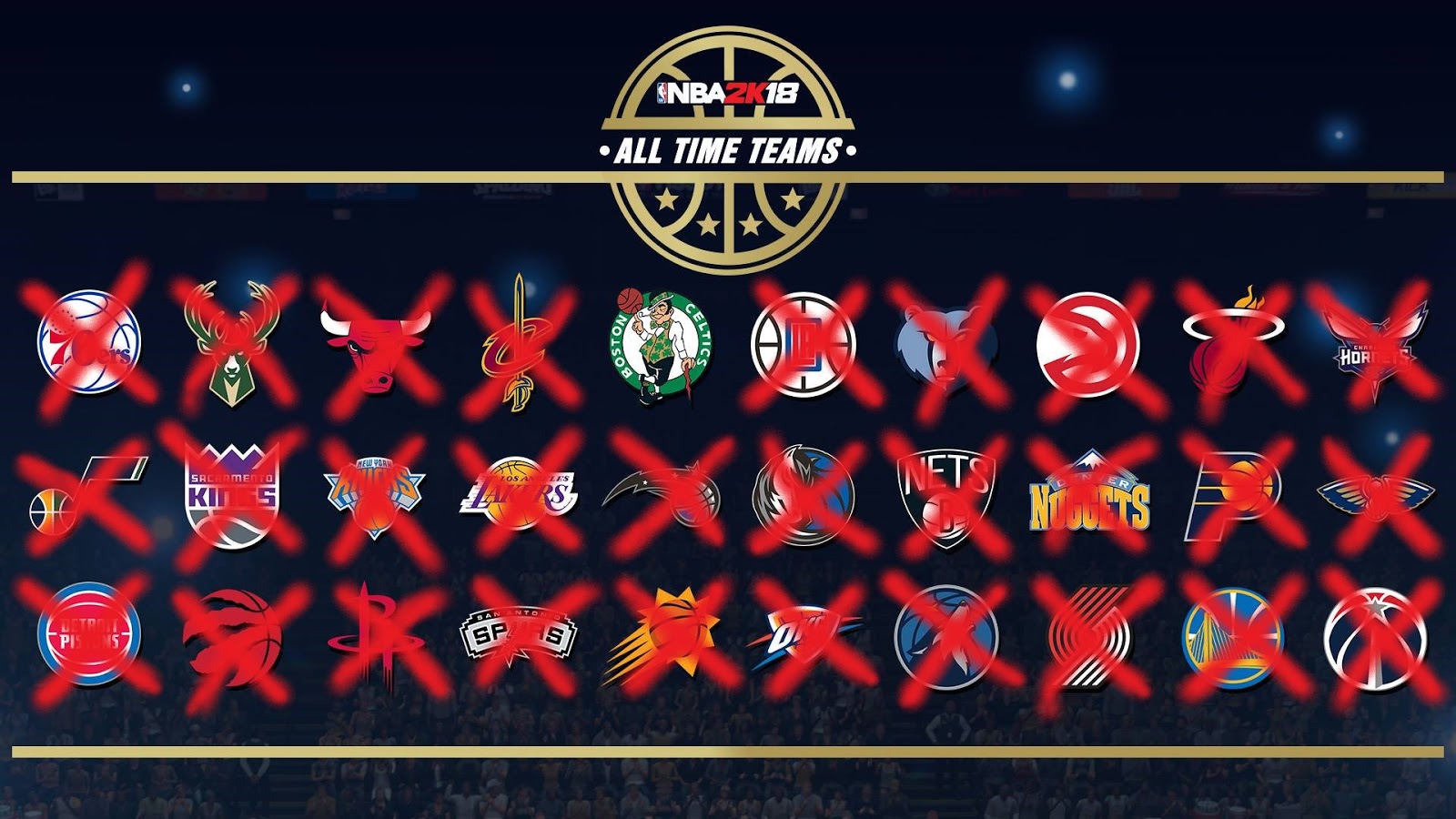 Did NBA 2k18 actually get something right in regards to the Boston Celtics? When you're talking all-time Celtics 15-man roster, there will always be arguments about who deserves to be on it, but this list is legit. This year NBA 2k decided to create an all-time legends roster for each current NBA team, and today all the line-up information was released. Of course, NBA 2k would rank the all-time Los Angeles Lakers team number one, but with an overall difference of less than a single rating point, Boston is ranked a very close second. 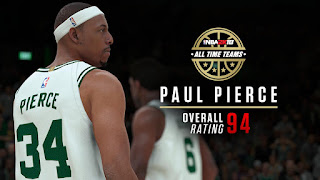 Over the last few weeks, 2k has been releasing specific player info, and for Boston, it started with Paul Pierce's overall player rating of 94. Pierce, who's in the starting line-up of Celtics' legends, was an automatic lock for the team long before Boston announced that they'll be retiring his jersey number 34 on February 11th, 2018. This isn't the first time we've see an all-time Pierce in NBA 2k though, as Saint Patrick's Day brought us an overall 95 rating to celebrate The Truth's Hall of Fame career.


The other players joining Paul in the Celtics' all-time starting line-up are Bob Cousy, John Havlicek, Larry Bird, and Bill Russell. It's honestly hard to argue with this starting five, as the ratings speak for themselves. This squad boasts an average 2k player rating of 96.2 overall and a total of 29 NBA Championship rings between them. Along with all the championship banners hanging in the rafters of the TD Garden, these players have countless accolades from rookie of the year to NBA Finals MVP, and everything in between. 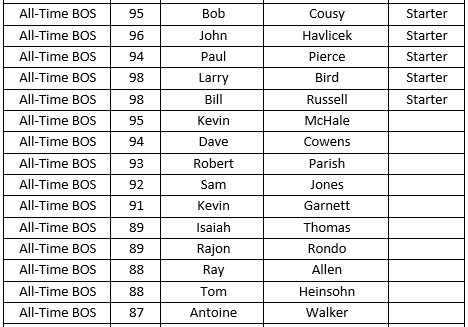 Beyond the starting five, this team is completely stacked with the best players to ever wear Celtics' green. Kevin McHale, Dave Cowens, Robert Parish, Sam Jones, and Kevin Garnett all have overall player ratings in the 90's, and that's coming off the bench. The final group of players on the bench, that round out the 15-man roster, are Isaiah Thomas, Rajon Rondo, Ray Allen, Tom Heinsohn, and Antoine Walker. Among the last five players is where most questions arise, but overall NBA 2k hit it out of the park with this team. Walker is the lowest rated player on the team, with an 87 overall, which is still pretty high when you think about it. Bird and Russell, lead the team tied with a rating of 98, only one point behind Michael Jordan, who's a 99 overall.

Another player rated 99 is Magic Johnson, and that one point difference between Magic and Bird is the only thing separating Boston and the Lakers among all of the legends teams. There's definitely some other discrepancies here and there when it comes to individual player ratings, but we are talking a point in either direction at this level, so I'm not going to get into it until the game is released. The all-time Celtics team is rated 92.47 overall, while Los Angeles has a slight team edge with a rating of 92.53 overall. If I had to guess, the only reason there's a difference is because 2k has always been bias towards the Lakers, and they needed to have one leg up on the Celtics some how.

As a whole, this team is in fact legendary, but there's a few players that are not present and they're definitely worth noting. The first player that comes to mind is Jo-Jo White, who averaged 18.4 points, 5.1 assists, and 4.3 rebounds per game with Boston. White's in the Hall of Fame, a seven time all-star, two time champion, and he was an NBA Finals MVP. Another player I wanted to bring up is Reggie Lewis, who doesn't have the accolades because his life was tragically cut short, but during his last season he averaged 20.8 points, 4.3 rebounds, and 3.7 assists per game. Lewis improved year after year and was a very dynamic two-way player who could score at will when attacking the paint, and it was very clear that before his death he was going to take over for Bird as the leader of the Celtics.

Other Boston greats people might have on their all-time team are Dennis Johnson, Nate Archibald, Bill Sharman, Cedric Maxwell, K.C. Jones, and so on. The one thing that's for certain, I would replace Allen with White or Lewis immediately. Also, the thing I wouldn't change is Thomas, who carried the Celtics for two years and wrote his name all over the team's record books in the process.

In light of the recent blockbuster trade sending Isaiah to the Cleveland Cavaliers and Kyrie Irving to Boston, NBA 2k comes through for all the Celtics fans in a big way. If you're like me and sad to see Isaiah leave, now you can just play some NBA 2k18 using Boston's all-time legends team.