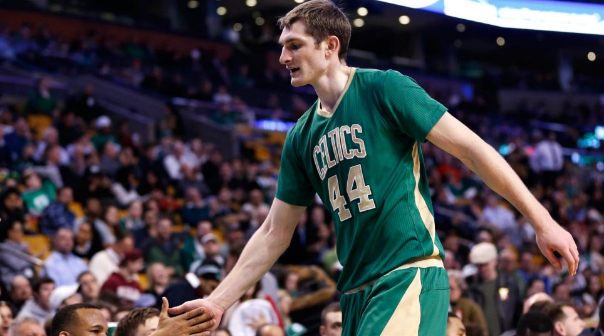 The Tyler Zeller Era officially came to an end Sunday afternoon, as the Celtics waived the 27-year-old center:

Zeller, a sporadically used big man, spent three seasons in Boston where he averaged 7.1 points and 4.0 rebounds per game.

The former North Carolina Tar Heel's best season with the C's came in the 2014-2015 campaign where he posted numbers of 10.2 points and 5.7 rebounds.

Rob Welch7/02/2017 05:21:00 PM
Share
Rob Welch
I have been a die hard Celtics fan since birth, even though I don't really want to talk about the ML Carr/Rick Pitino Eras but I will if necessary.
Newer
Older