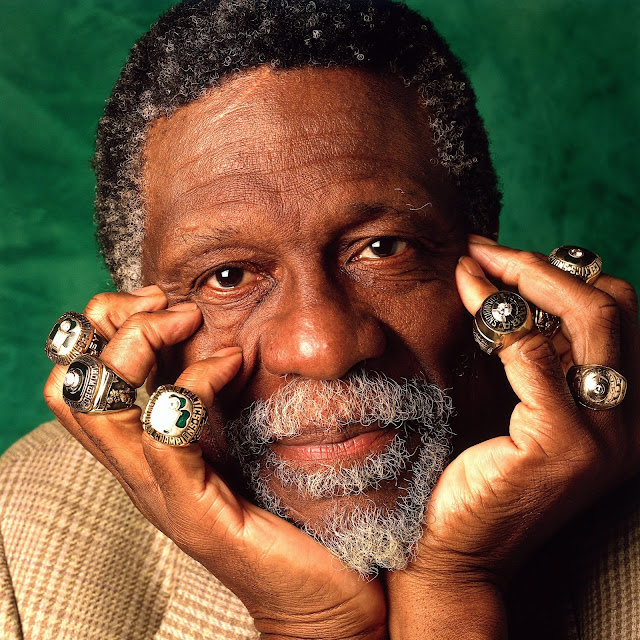 When it comes to the league's regular season awards, the Boston Celtics will likely find themselves under- represented and appreciated. Given how well the team plays with a chip on its shoulder, this may not be such a bad thing on the court, but now that the NBA plans to hold its own awards show, we here at CelticsLife thought the squad deserves their own awards show, albeit on a slightly...smaller scale. And as with all things CelticsLife, we thought you, the reader, should have a voice in those awards.


We'll be coming up with our own awards, completely different from the same old same old you've heard the talking heads drone on endlessly over throughout the last month. We've got our nominees ready for categories like "Most Infuriating Player", "Most Likely to be Traded",  and many, many more, but we need YOUR ideas for the awards we should be debating. We'll use the best suggestions, questions and comments on our next podcast, where we'll break down the best reader-generated awards and their candidates. We'll then give you, the reader, the vote to choose your own winners (and, in some cases, losers) of these awards, which we'll reveal on a future podcast, breaking down why we think they earned the awards our readers have proposed.


So, get creative - and don't hold back. We want to know how you really feel about the season, the team, the players, and their on- and off-court production and personalities. Submit your award categories, candidates, and comments in the comment section below, or on Twitter, and we'll include them in the nomination and award podcasts, for all of our enjoyment. It might not be as glitzy as the Association's award show, but it will probably be more accurate, and it's definitely going to be unique.