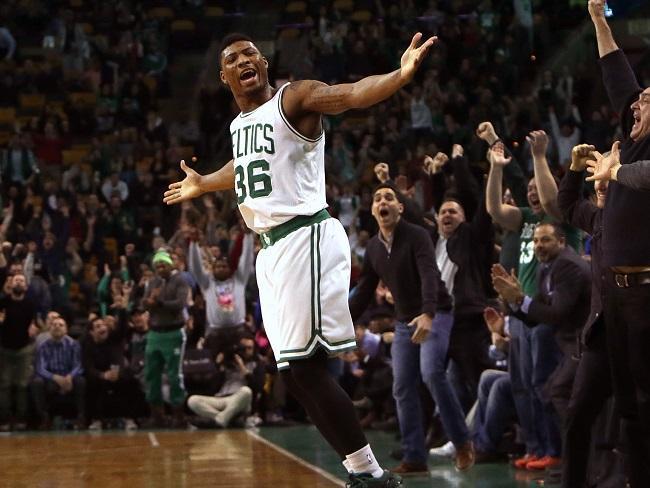 Marcus Smart has been fined $25,000 by the league for flipping a fan the bird.

The incident, which we reported on yesterday, occurred after Smart missed a three-point shot. A fan began to heckle Smart for his shot selection, which, for those of you still somehow unaware of his proclivity for chucking ill-advised shots from beyond the arc, has been especially bad in recent weeks in an already bad season for treys, an abysmal .284 for the season. While I personally love Smart for the many things he does when not shooting - and, as I noted yesterday, do not entirely blame him for continuing to shoot - there's no denying his perimeter game is by any reasonable definition obscene, so as far as I'm concerned the fine was for the shot - not the exchange with the fan that occurred after.