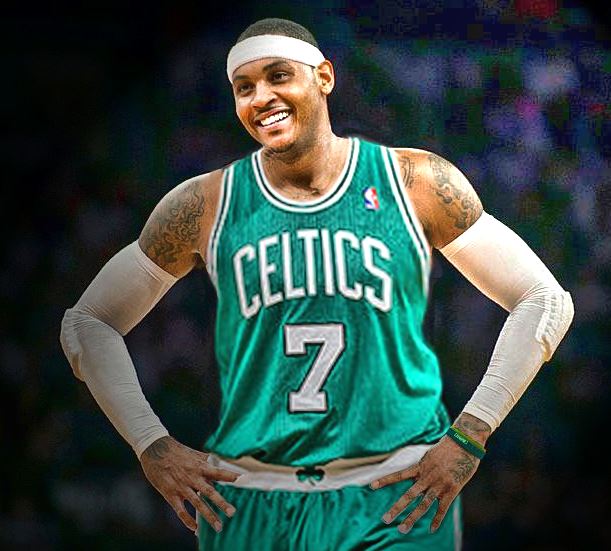 With high-profile struggles threatening to send the New York Knicks back to the lottery in a year supposed to be a corner-turning season for the franchise’s rebuild under legendary coach and now-General Manager Phil Jackson, rumors of Melo trades kicked into full gear. Off-color comments by Jackson about Anthony’s banana boat buddy LeBron James coupled with poor on-court play (no doubt exacerbated by the unexplained absence of Derrick Rose) seems to signal a future for the team as promising as Joakim Noah’s recent health has been, which is to say not good. Trading Melo with a unicorn like Kristaps Porzingis on the roster - who could really use the run of the roughly 25% of Melo’s minutes spent at the four (per Basketball-Reference.com) - makes a lot of sense, except for one minor detail.

Even in the face of everything seemingly on the brink of a truly epic implosion in the Big Apple, Melo has reportedly made it clear he’d only consider a trade to the Los Angeles Clippers, the Cleveland Cavaliers, and possibly the Los Angeles Lakers. The Lakers aren’t going to ship out young players for an aging All-Star, and the Cavs just don’t have the parts to make a worthwhile package for the Knicks to accept (at least not yet, anyhow; a protracted struggle could change that) leaving only the Clippers as a viable option.

Unless, of course, he waives that clause, which is Berman’s point.


It’s safe to say Jae Crowder wouldn’t be a fan of his trade proposal - yet another wing-oriented target including Jae plus an expiring contract or two and a Brooklyn Nets Pick (I am seriously starting to think writing a “___ plus salary match and 201_ Nets Pick” template for these rumors), so make sure it doesn’t look like you’re cheering for Anthony tonight - unless, of course, you WANT to see that trade go down.

And of course, as most of you know by now, that’s the point of this series - testing the waters to see how you, the reader, feel about these proposals and rumors. Should Boston tender an offer for Melo? If so, what should be in the package? Or should this idea be killed with fire? Should ALL these rumors and proposals be censored by NBA media outlets (I kid - as frustrating as some of them are, we’ve got to report them)? Or could Boston serve as a facilitator of sorts to the Clippers, given rumblings about Blake Griffin's future with the team? 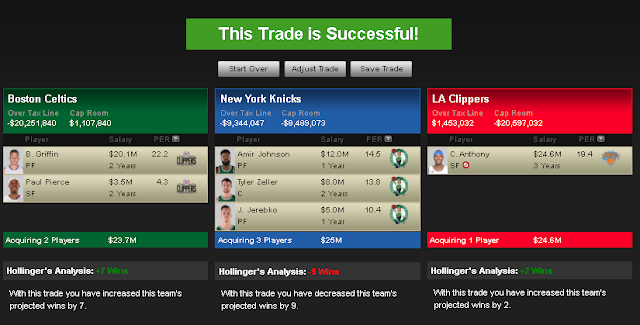 Take the Twitter poll, and leave us detailed comments in the mentions or the comment section below on YOUR thoughts on whether there should be a Carmelo Anthony trade, and what it should entail. We’ll use the best - and funniest - in our write-up of your thoughts.

If the @celtics DID make an offer for #CarmeloAnthony , what would you want it to be? Tell @CelticsLife w/ a comment. #Celtics #NBA
— justin quinn (@justinquinnn) January 18, 2017


For more stories about the trade deadline on CelticsLife, click here. For more by Justin, click here.