Rumored changes to the new CBA may affect Boston - here's how 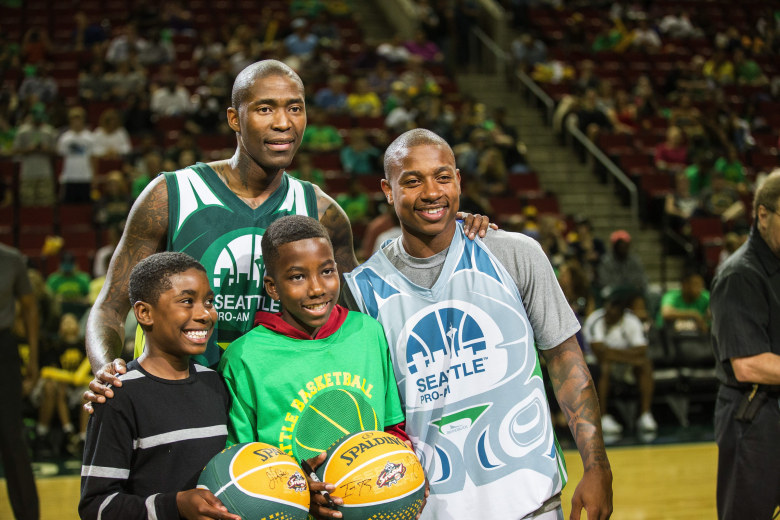 The NBA and NBA Players Association are reportedly on the cusp of approving a new CBA (collective bargaining agreement), and there are several rumored components which might affect the Boston Celtics. For the unaware, the CBA is an agreement between players, owners, and the league on pretty much every aspect of what is and is not allowed in terms of conduct, finance, labor relations, rules - you name it. So, any changes - even small ones - could have a major effect to some teams under the right circumstances.

First, let's talk about expansion escalators. I know what you’re thinking - “what?”; and to be fair, even if you are a CBA geek, this might not sound familiar, which makes sense - because it shouldn’t. It’s actually not part of the new CBA, but tied to it in an important way. In 2014, the NBA approved a mind-bogglingly huge media rights contract extension with ESPN/ABC/Disney and Turner Broadcasting, responsible for the cap spike that allowed the Golden State Warriors to sign Kevin Durant.

Boo, hiss, all of that. What does that have to do with..."expansion escalators"? And a new CBA?

Well, let’s start with the term. The media rights package is a major issue at several points in the CBA in terms of how increased revenue will affect the league. Money changes everything, and when you’re flush with it, some decisions are easier. Expansion escalators are, basically speaking, contractual guarantees that the networks broadcasting NBA games will pay the league even more money should the league choose to add more teams. No word on how much or how many teams, but the votes, according to Sonics Rising Managing Editor Kevin Nesgoda, are there. Nesgoda, who has been doing research to see just how realistic expansion might be, says the following:

“The other night I reached out to a lot of media and league people in my contact list and simply asked, "Is expansion on the table?"; I had 57 people respond, 14 of those either did not comment or said they didn’t know. That leaves 43 other responses. Some that really jumped out were:
"With no arena, you’d get 14, maybe 16, votes toward expansion."
"I’ve heard there are 14 definitely for it."
"It [expansion] is definitely on the table and being discussed."
"There are two who are fully no, everyone else can have their mind changed."”


How would this affect Boston, you ask? So many ways neither of us have the patience to wade through them all here. But, there’s a few obvious and important ways. Firstly, more money from the networks if the league expands means the income situation may change, and from it, the cap.


With rumors the revenue split will remain at 50/50, and that something like Adam Silver’s proposed cap-smoothing mechanism is likely to be implemented (which would stretch the aforementioned evil, evil cap spike across several years, making the Durant move - and similar future ones - impossible), it means cap spikes resulting from expansion might help offset proposed increases in lower-tier salary (like rookies and veterans), making it easier to retain players - and to compete with the growing popularity of overseas leagues; more on this later. 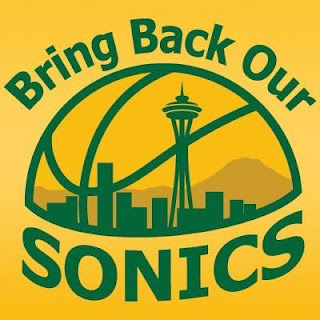 Perhaps more importantly (at least to Boston), expansion won’t just mean more money in the league, it would also mean most if not all teams will probably lose a player to each of the two-to-six teams the league adds (it will be an even number to keep conferences balanced). While it's more than likely expansion will bring in just two new teams, as many as eight cities have been mentioned as serious expansion candidates, namely Mexico City, Las Vegas, Omaha, Pittsburgh, Louisville, Saint Louis, Vancouver and Seattle.

Given three of Boston’s current players have ties to the last two proposed cities (Isaiah Thomas and Avery Bradley to Seattle via Tacoma and Kelly Olynyk to Vancouver via Kamloops, B.C.), and we could have serious concerns to think about soon.

It’s hard to say exactly how it could take place given the last time there was a multiple-team expansion draft most of our players were toddlers (1995), but it’s a very real possibility, not even counting potential free-agency defections. While it’s still much too early to say at present, with contracts set to expire over the next few seasons for those three Celts, it’s certainly something to keep in mind.


I broke down why two-way contracts reportedly being in the new CBA is a big deal for @RidicUpside https://t.co/iDkdWcBIvt
— Harrison Faigen (@hmfaigen) October 21, 2016


Earlier, we also alluded other rumored changes to the CBA might affect Boston, especially on the lower end of the roster, in terms of contracts. Namely, these include an increased roster limit to up to 17 regular-season roster slots including two “two-way” contracts that allow players to move between the NBA D-League fluidly, allowing for closer arrangements between teams and their D-League affiliates that should bolster player development and reduce losing talent overseas.

For Boston, this means players like Abdel Nader, Ben Bentil, Guerschon Yabusele, Ante Zizic, and maybe even the current roster crunch situation involving James Young, R.J. Hunter and possibly others, might not be such a balancing act going forward - good news given how many assets Danny Ainge is still going to need to balance in coming seasons.


There does not appear to be an amnesty clause in the works akin to what was in the previous CBA - which Boston notably did not take advantage of - though it seems likely, given the current roster, that only “elder statesman” Al Horford would be a likely candidate for inclusion. A missed opportunity, perhaps, but a minor one, and one that went unused by Ainge before, so not much to see there.

Another minor wrinkle is that players will not need to wait until the moratorium (usually July 7th) to sign offer sheets, instead being able to do so on July 1st. This is good for players, bad for teams, as it gives general managers like Danny less wiggle room to do their roster construction. The limit to rescinding qualifying offers is rumored to be extended to July 31st, which will also impinge on front office fluidity somewhat if enacted.

That’s what we know so far, and it’s important to stress this is all rumored, albeit from very solid sources with impeccable reputations, meaning these changes are on the table and possibly even likely, but ongoing negotiations could change some or even all of them considerably. Keep checking back for news about the new CBA and its implications for Boston’s future often - we should be hearing more news soon.