Perry Jones III struggled with basketball after cousins' death, likely why he was cut from Celtics 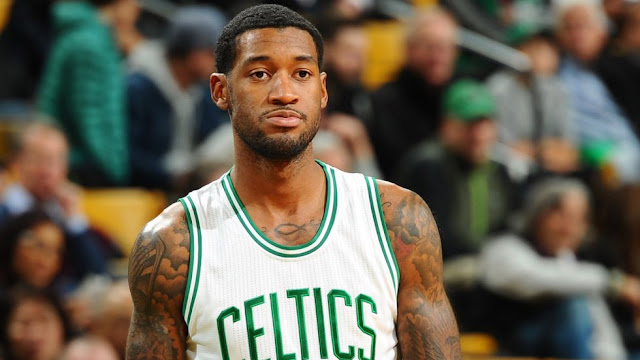 For Perry Jones III, the reasons for his inability to make the Boston Celtics roster last season were much greater than anything basketball related. In a recent Vice Sports documentary, Jones disclosed that his cousin died shortly after he was traded to Boston.

Jones' cousin had been hospitalized due to congestive heart failure and his health had diminished over the course of the offseason. Jones visited his cousin in Dallas during his time in Oklahoma City and continued to travel to see him after being traded to the Celtics. Upon returning to Boston after one of his visits, he received a devastating phone call from his aunt:

"My auntie called me and told me my cousin, she had to pull the plug. When that happened, I lost it. That's someone I loved more than a brother. I wasn't functioning in practice. I was doing terrible. I wasn't there mentally. And then a couple weeks later I got waived."


The death had a drastic effect on Jones and he was never able to make the Celtics roster. Once scouted as a potential lottery pick, Jones was selected 28th in the 2012 NBA draft. The reason for the drop was based on doubts over Jones' knees. One scout said that team doctors had told him that they believed Jones' knees would only hold up '3-4 years.' Despite this, Jones was regarded as a player with loads of potential:


Kevin Durant just said he thinks Perry Jones III is the best athlete in the league.
— Darnell Mayberry (@DarnellMayberry) May 29, 2014


However, the death of a family member Jones considered his 'best friend' trumps a scouting report, draft position and basketball in general. This is yet another reminder that athletes are more than just players on a field or court. Sometimes life blindsides them, just as it does the people that watch them play, and it takes a lot for these players to recover.

In the case of Jones, the death of his cousin was sadly the cause of his temporary hiatus from the league. Fortunately, he seems to be coping with the loss better and appears ready to try to make an NBA roster.


This year has been the toughest ever for me mentally and emotionally when it comes to my personal life. The fracture of my hip and the loss of my best friend has helped me find myself through understanding how precious life is. The love and support of my family and my faith has helped me believe in myself again ... #embracethejourney [Video credit: @loquinn_12
A video posted by Perry Jones III (@pj_thethird) on Jul 5, 2016 at 8:58pm PDT