Celtics let up 117 points to Brooklyn- should we be concerned? 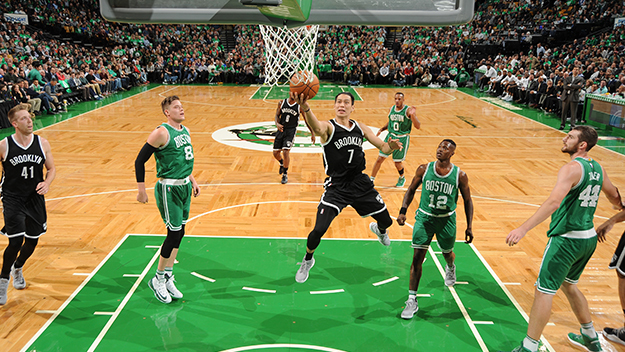 Look, I know it's just one game. But the Celtics were very susceptible on the defensive end of the floor in their season opener win against Brooklyn.

There are lofty expectations for Boston this season as a reestablished team in the East. Much of these expectations are based on the fear that Celtic defenders may strike into the minds of any opponents crossing their path. They collected the second most votes for "best defensive team" in the 2016-17 GM survey, and are seen as a top defensive force in the league. Yet, Boston surrendered 117 points to a team whose top scorers consisted of Bojan Bogdanovic (kinda understandable), Justin Hamilton (really?), and Jeremy Lin (ugh) in their first game of the year. Brad Stevens quoted how his squad must prove themselves before earning the right to any labels:

Stevens: "You're not good at defense just because somebody says you are."
— Steve Bulpett (@SteveBHoop) October 27, 2016

There were defensive high points throughout the night such as nine total blocked shots, four of which courtesy of Al Horford, and 13 total thefts. But for the most part, Brooklyn got what they wanted on offense. Boston's defense was bad enough for Stevens to refer to it as a sieve, as if the Brooklyn Nets were a type of liquid slipping through the gaping holes of the defense at ease:

#Celtics coach Brad Stevens: overall offensively we were a pretty good group. Defensively, we were a sieve.

That being said, Boston will surely improve over time. They still have the defense skill and intensity that got people around the league buzzing, so we shouldn't be concerned after one game of a long season. The C's should be able to lock in on that end of the floor, or in Brad Steven's terms, be a pot that prevents other teams (the liquid) from passing through the holes. Weird way to put it, but I suppose it's effective.