RJ Hunter is competing hard for the final roster spot, says Al Horford has been helping him 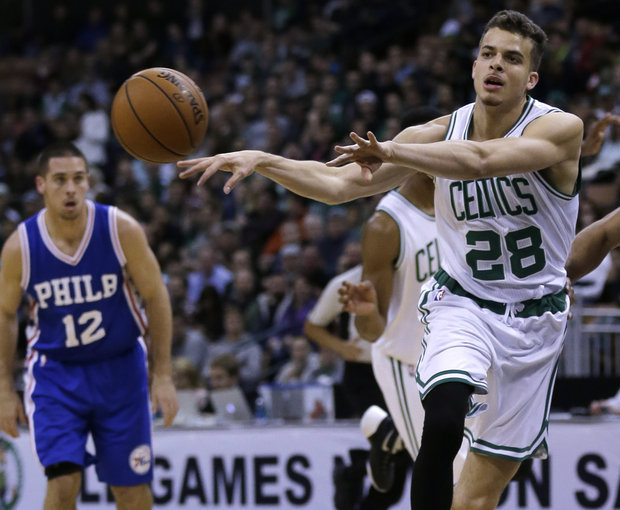 We're nearing the start of NBA Training Camp and the regular season seems closer than ever. With the Celtics almost full, roster wise, it's going to be interesting to see who gets the final spot on the team. RJ Hunter is in the lead for that roster spot but nothing is guaranteed. He faces some tough competition for it. Via Adam Himmelsbach of the Boston Globe:

Although Hunter certainly appears to be the favorite to emerge from this group, it is unusual for a player who is just one year removed from being a first-round draft pick to find himself in a slightly precarious position. But that is what happens when a team amasses draft picks the way the Celtics have.


With competition from guys like James Young, John Holland and Ben Bentil, Hunter will have to work hard for that roster spot. Although I do think he is better than all of those guys, especially James Young. For Young, this is his 3rd season and with more experience than any of the other guys in that circle, he is the odd man out because of his lack of work ethic and development. The real three-way race seems between Bentil, Hunter, and Holland.

RJ Hunter has also been working out with Al Horford during the offseason in Atlanta and has said he's received some help from the All-Star center to improve his game:

Hunter has spent most of the offseason working out at home in Atlanta, and has had several sessions with Celtics teammates Al Horford, Jae Crowder, and Amir Johnson, and assistant coach Jay Larranaga. He also traveled to Chicago to train with assistant coach Brandon Bailey and rookie forward Abdel Nader.

Hunter has gravitated toward Horford, who became the jewel of the summer for Boston by signing a four-year, $113 million deal.

Although Hunter is actually more familiar with the Celtics’ scheme than Horford is, he has been soaking up advice rather than sharing it.

“I’m not giving Al any pointers,” Hunter said with a chuckle. “If anything, I’m just listening to everything he has to say. He’s been really cool, especially with how successful he’s been.”


Well for Hunter's sake, I hope Al taught him how to play defense because that is a part of the game that RJ needs to improve on if he wants to make the team. Additionally, for such a good shooter, he didn't perform that well from beyond the arc last year in his limited court time. However, I do give him the benefit of the doubt because I think he's a much better shooter than he showed to be and with more time, he will continue to improve:

Last season he played 316 minutes over 36 regular-season games. He should be most valuable as a knockdown shooter — perhaps Boston’s most pressing need — but he made just 19 of 63 3-pointers (30.2 percent). His numbers were actually slightly worse with the D-League’s Maine Red Claws, as he made 16 of 54 3-pointers (29.6 percent).

“I was rushing sometimes,” Hunter said. “Sometimes I wasn’t comfortable with the shots and didn’t know where my shots were coming from, but that’s just being young and learning your niche.”

I don't think Hunter has much to worry about because out of those other three players he's competing with, I think he's better than all of them and has more upside. Young has worn out his welcome, Bentil is too raw, and Holland doesn't have any much room to improve on. Hunter will most likely be the last man standing and hopefully we'll hear TD Garden PA announcer Eddie Palladino yelling "RJ HUNTER FORRRRR THREEEEEEE!!!" sometime soon.