Rumor Linking: Al Horford is who Durant would want to play with 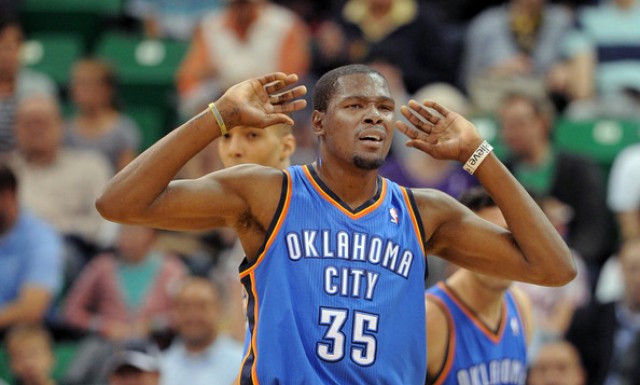 In case you missed it, yesterday WEEI.com reported that the Celtics had a sitdown meeting with Kevin Durant's agent and they were made aware of who Durant would want to play with in a "LeBron [James]-Chris Bosh-Dwyane Wade-like way" if he were to leave the Oklahoma City Thunder.

It still seems very unlikely, both for basketball reasons that are obvious and financial reasons that the basketball insiders expertly laid out yesterday. But the WEEI.com report reminded me of something Zach Lowe has mentioned in a podcast roughly three months ago:

I heard from two really powerful guys (in the league) - who don't normally BS around - they said that they have heard that Horford is on the shortlist of guys that Durant would really want to play with.

It should be noted that Butch Stearns' sources - if they're valid, which is another conversation - didn't provide any real color on when this conversation took place, leaving some ambiguity to it's overall relevance. But if you take his comments at face value, and Lowe's - which are delivered fairly sternly - it's safe to assume that at least one of the players Durant would want to combine forces with would be Al Horford.