Does Brad Stevens want to hold onto the third pick? 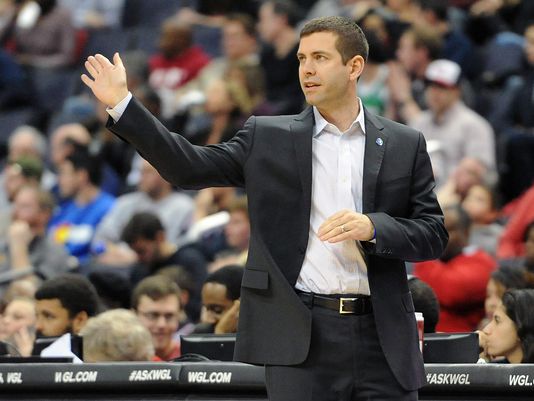 The Celtics helmsman just signed an extension that will lock him up for three more years, so it makes a lot of sense that he would want immediate impact from the draft pick to make the most of his contract. The best way to do that would be to trade for someone... and that's exactly what he said!

Brad Stevens to @ZoandBertrand on No. 3 pick: If you do move it, it better be for something pretty impactful.
— Brian Robb (@CelticsHub) June 2, 2016

Well... not so fast. Turns out, he might have changed his mind... or we only saw part of the quote... via Jay King of Masslive:


If you do end up trading (the pick), it has to be pretty impactful... There are a lot of good players that are available in this draft, in my opinion. I'm just scratching the surface of learning about each of them at a deep, deep level, but there are some good guys. And I'm excited about having the third pick. So if we were to move it, then I would say it would have to be something pretty special to move it for.


Make up your mind, Brad! You couldn't be more vague!

There definitely is a lot of talent available with the third pick in the draft. Dragan Bender seems like he could be awesome, Jaylen Brown turned heads at his workout, and Kris Dunn could be a stud someday... but package the third pick and you could wind up with an immediate impact player. Suddenly you turn on ESPN and hear the words "Boston Celtics" and "contenders" in the same sentence.

Then there is another option: trade the pick down for a lesser player and still get young talent. Teams like Denver might be willing to spring up to the three pick, and the Celtics could still get a player they have their eye on at seven.

Unfortunately, we have no way of knowing what Stevens really wants at this point. And we have even less indication of what Ainge and the Celtics front office are actually going to do. Ultimately, we're just going to have to wait to see what happens.