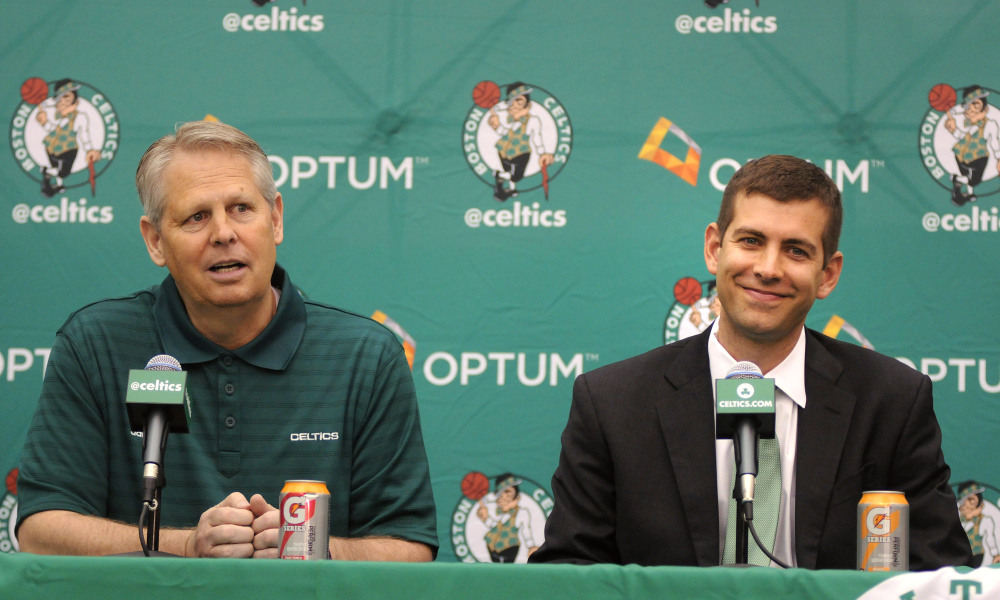 Of all the pieces on the Boston Celtics chessboard, two that trigger the most confidence among Celtics fans are Brad Stevens and Danny Ainge. The Celtics announced today that they've extended the contracts of each. The terms are still undisclosed at this point.

First thing free agents will look at come July 1 is stability with management and the coach. The Celtics continue to show that.

The idea of extending Stevens and Ainge makes a lot of sense for the organization, and congrats to each for securing extensions in the high turnover world that is the NBA. Good news all around as the Celtics position themselves to continue building a team that can bring the next banner to Boston.