What are Boston's free agency options this offseason? 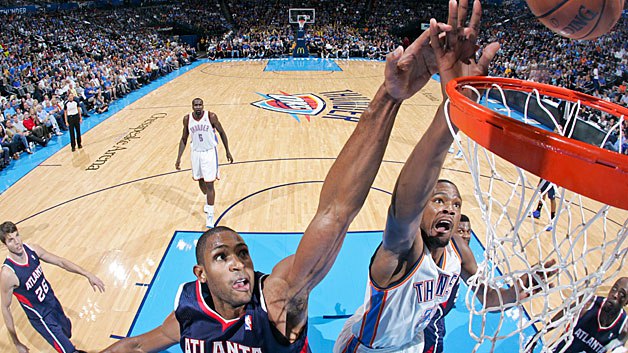 The Celtics are in a rare position they haven't been in for several years. With huge contracts lining the roster going into summer's free agency period, the team is usually only in position to make minor moves. This season, however, Boston has a good chunk of spending money to help add a few key pieces that may just turn the team into a title contender.

We've all heard about the big name free agents this offseason, Kevin Durant, Al Horford, LeBron James, etc. But several second and third-tier candidates may be on the C's radar to provide major depth and scoring options off the bench, as well. A few, on the other hand, stick out as players Boston should stay clear of when the market opens in July.

Obviously Durant and Horford are the main guys being linked to the Celtics right now, but if for some reason one or both work out, a few guys stick out that I'd like to see Ainge take a shot on.

Beal and Barnes are obviously going to be getting max deals this offseason, and rightfully so. Beal is a restricted free agent, and many expect Washington to match almost any offer thrown at him, but it'd be something to certainly look into. Barnes is an interesting situation, where his stats don't necessarily scream "max contract," but he has thrived in his role as a fourth option for the defending champion Warriors and could be extremely successful as a main scorer on a team. After a slower than expected start to his career in Golden State, he has developed each year into a stud.

Jones, Waiters, and Bazemore are second-tier guys that may get a good bit of money thrown their way this summer, but would be great fits in green. Jones has seen great growth each year in Houston, eventually becoming a reliable scoring and rebounding option for the Rockets in recent years. If he can stay healthy, he'd be a quality, very reliable big man for the C's. Waiters was a top five pick out of Syracuse four years ago, and he's just now showing his potential in OKC. The Thunder may try to resign him this offseason, but I'd certainly take a look at him regardless. Bazemore was a guy Boston was rumored to have interest in last time he was on the market, and his impressive recent play in Atlanta should only spark that interest again.

Whether the team decides to add the two max contracts their salary cap situation allows them to maintain, one max deal and a few role players, or multiple role players with a major trade in the works, Boston has the money flexibility to have a high-profile offseason.

Who is on your wish list this offseason, both realistic and fantasy, in preparation for a title run next season and the years beyond?