Kevin Love out of Cavs 4th-quarter rotation; time to entertain idea (again) of him coming to Celtics? 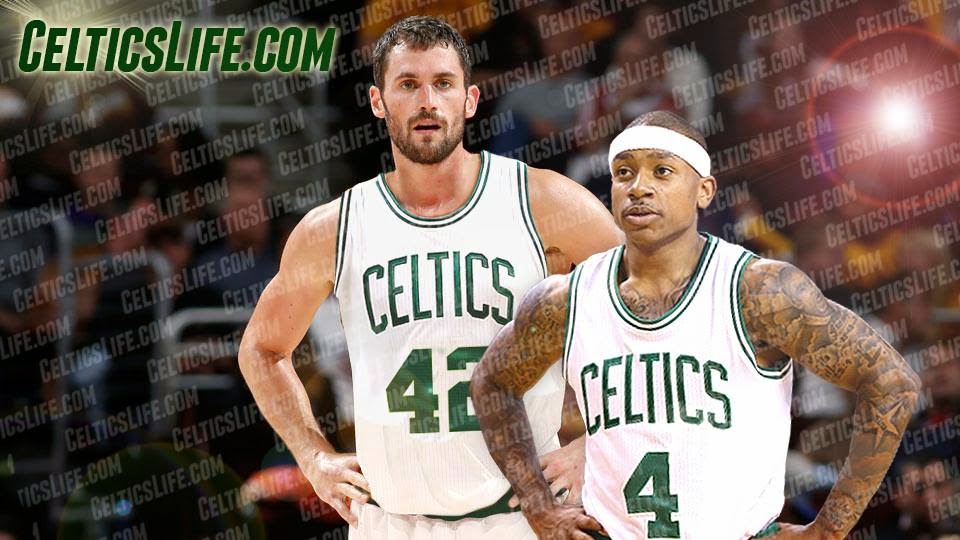 After winning their first 10 postseason games, the Cavaliers are suddenly knotted up 2-2 in a hard-fought series with the Raptors.  In Cleveland's back-to-back losses, Kevin Love shot a combined 5-for-23 from the floor (21.7%) for a total of just 13 points.  And despite logging 29 minutes in Game 3 and another 31 in Game 4, Love saw only six seconds of fourth-quarter action in the two contests.  Fellow Cavs big man Tristan Thompson has also played just 20 seconds in the past two fourth quarters.

From ESPN.com, here's Zach Lowe's take on the situation:

Love hurts Cleveland's defense, and Thompson cramps its spacing. Toronto has done a much better job tilting its entire defense toward LeBron without leaving wide passing lanes to weak-side shooters, but that tightrope is easier to walk when Thompson is stationed just across the lane from LeBron. Every rotation is shorter, and a pile of bodies around Thompson clutter LeBron's passing lane to a drooling shooter stationed in the opposite corner.

Swap in [Channing] Frye, and all of a sudden the floor is clear for everyone. The Cavs with Frye as their only real big man hit 11 straight shots in the fourth quarter on Monday -- 11 in a freaking row! -- on looks that were laughably easy. Shooting solves everything.

Whether the Cavs should really pay Love and Thompson $36 million combined to scrounge crunch-time minutes is a question for the offseason. Boston made an offer for Love at the deadline, sources have told ESPN.com, and though the Cavs found it disatisfying, the Celtics may call again if other stars higher on their list aren't available.


Yes, we're talking about two Cavs' losses here and chances are things will turn around for them tonight when the series shifts back to Cleveland.  But, there's also a distinct possibility they may come to the conclusion that their best playoff lineup going forward does not include either of their high-priced bigs.  And as Lowe mentioned, Love ($21.2 million) and Thompson ($15.3 million) are due more than $36 million next season, while Frye will get paid just $7.8 mil.  What's the smart thing for the Cavs to do financially?

Deal Love to Boston.  Any interest in the No. 3 pick, Cleveland?