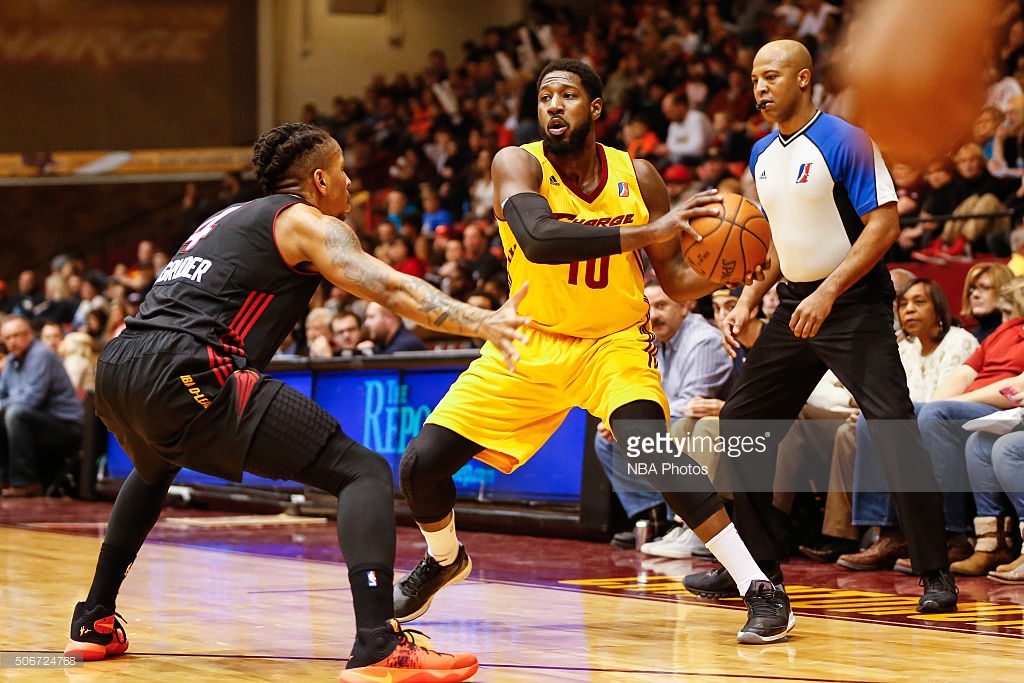 The Celtics have used their final roster spot on D-Leaguer John Holland. The 6'5" swingman played his college ball at Boston University and spent this year with the Cavs affiliate the Canton Charge averaging 16 points over 30 minutes a game. Holland has played for the Puerto Rico National Team since 2011 and is known for his three point stroke.

John Holland of D-League is in Boston getting physical. Celtics plan to sign him if passes. Team likes his shooting. @ShamsCharania first.
— Adam Himmelsbach (@AdamHimmelsbach) April 11, 2016

The Celtics didn't want to enter playoffs with an empty roster spot, particularly in case of injury. Holland will be playoff eligible.
— Adam Himmelsbach (@AdamHimmelsbach) April 11, 2016

It makes sense that the Celtics would want to have as many bodies as possible for the playoff push. It's very similar to what the Celts did last year with Chris Babb, who was eventually used as part of the David Lee trade.

You have to wonder if the fact that Holland comes from the Cavs affiliate had anything to do with the signing. The Celtics are probably going to end up as the four or five seed in the Eastern Conference, which in all likelihood would lead to a second round matchup with the Cavs. Could the Celtics be looking for a little insight into what the Cavs might be running? Not sure what, if anything, Holland would know about the parent club, but the timing does seem curious.