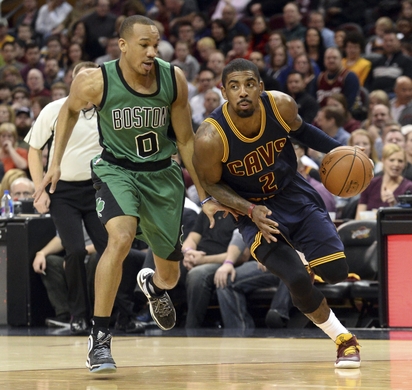 This one started off ugly but Boston clawed back in impressive fashion and finished it off in a buzzer beater. The Cavs came out firing on all cylinders early, but a solid effort from Boston ended up with a crazy 104-103 win.

Cleveland went up by double digits early. Boston made some runs in the second quarter cutting the lead to six by halftime. The Celtics started off the second half rolling and led by as much as three early in the third. After falling behind they came back again early in the fourth to take a late lead. The final minutes of the fourth quarter were rough until Avery Bradley hit what may be the shot of the season sealing the deal with a three at the buzzer.

There were also key injuries for both teams, Isaiah Thomas twisted his ankle but came back and Kevin Love suffered a thigh bruise and was done for the night.

Boston's next game is against Rajon Rondo and the Kings Sunday.