Could Evan Turner win NBA Sixth Man of the Year? (maybe, but it's a longshot) 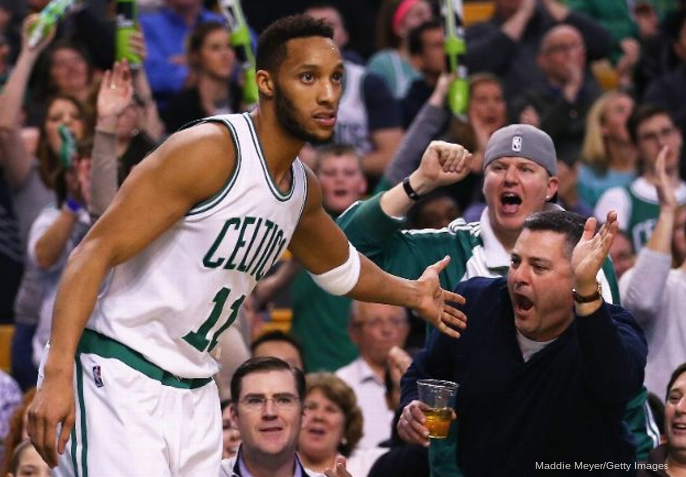 It's been 30 years since the Celtics had an NBA Sixth Man of the Year Award winner (Bill Walton in 1985-86, on the heels of back-to-back wins for Kevin McHale).  Isaiah Thomas was a very deserving candidate last season, but he finished second to Lou Williams (then of the Raptors).

Might Evan Turner be in the running to take home the honors this year?  Chris Mannix of Yahoo Sports and CSNNE thinks so:


At first glance, Turner's numbers off the bench appear very solid.  In 54 games, he's averaging 9.6 points, 4.7 rebounds and 4.5 assists.  As has been discussed during recent Celtics broadcasts, Turner has more assists off the pine than anyone else in the league.


Among players with at least 35 appearances off the bench, Turner is now actually third in assists per game as a reserve behind Jrue Holiday (6.2) and Dennis Schroder (4.6).  It's also worth noting that Turner also has the third-highest turnover average (2.1) behind those same two guys (both 2.2).

Holiday is likely the top candidate for Sixth Man of the Year, as he also leads all bench players with a scoring average of 17.1 points per game.  His toughest competition may come from his Pelicans teammate Ryan Anderson, who's putting up 16.3 points and 5.5 rebounds in 29.6 minutes.

Here's a list of other potential contenders for the award, with their numbers from the bench (points / rebounds / assists):

The fact that Turner is on a playoff team might help his case against front-runners Holiday, Anderson and Barton, but he'd still have to beat out Kanter, Schroder and two-time winner Crawford.  And what about another Celtic, Kelly Olynyk?  He's averaging 9.8 / 3.9 / 1.5 in 19.8 productive minutes per game when he doesn't start (compared to Turner's 26.5).

Turner is definitely in the sixth-man conversation, but he's clearly on the outside looking in.