Recalling Jim Loscutoff -- An Auerbach Guy to the Core 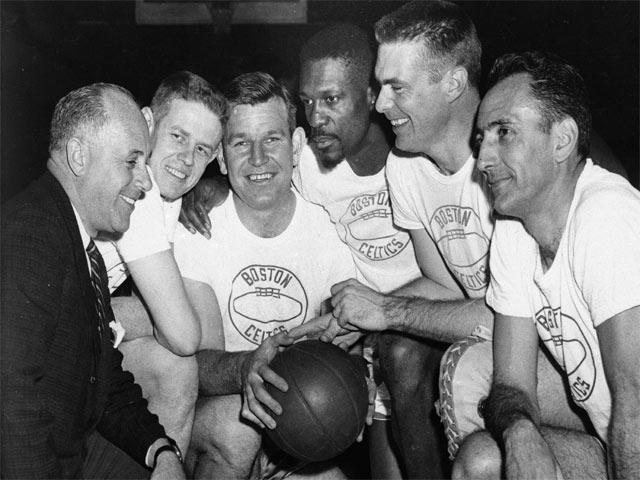 I’m not quite old enough to have seen Jim Loscutoff play for the Celtics. I was only seven when he hung up his Chucks to assume the head coaching position at the old Boston State College. The native Californian out of the University of Oregon (a three-year military stint separated his junior and senior seasons) had been the Celtics’ first round draft choice the year before Auerbach and Walter Brown maneuvered themselves into position to land that Russell guy.

A lot of guys show up in the league expecting to showcase their skills. Satch Sanders tells of approaching Coach Auerbach one time, essentially lobbying to become more involved in the offense. Three or four games later, he happily pointed out to his coach his increased offensive output. Red listened patiently and politely, then bluntly pointed out that the team had lost all but one of those games … End of Experiment!

In the matter of Loscy … well, in Auerbach’s words (from Terry Pluto’s Tall Tales), “Loscutoff had two jobs: he was there to rebound and to make sure nothing happened to Cousy.”

That was right up the alley of the (literally) scrappy Loscutoff, who’d averaged 17 boards a game his final season at Oregon.

Jungle Jim could play a little, too – he averaged a double-double in 30+ minutes per game his sophomore season while helping to raise Banner #1 to the rafters. 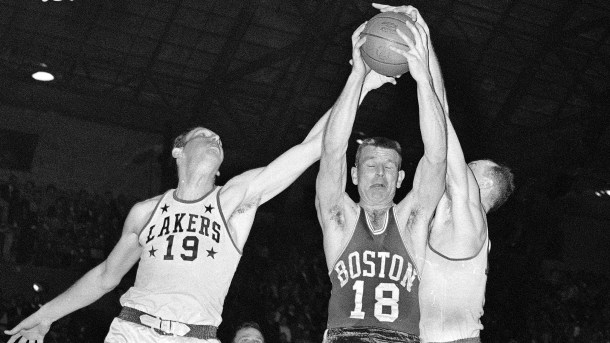 But five games into Jim’s third season, he suffered a career-threatening knee injury. Surgery and rehab were deemed successful, but the Loscutoff who arrived at training camp for the 1958-59 season was not the same player … until Red intervened.

Auerbach insisted “put yourself completely in my hands and do everything I tell you from now until the season begins.” Departing early for exhibition games if necessary, Red personally conducted a daily regimen of drills, all designed to build Loscy’s confidence in that knee. “If he didn’t do it the way I wanted, I threw balls at him,” Red said.

Certainly speaking on behalf countless peers, Loscutoff recognized and appreciated Red’s efforts (again from Tall Tales): “Red had no assistants, no scouts. He was our coach, our traveling secretary, and on days off on the road he’d have practice in the morning and that night he’d rent a car and go watch a college game. It burned him out, that was why he quit coaching.”

Well after his playing days, the jovial Loscutoff was a regular presence at the old Garden on many a Wednesday or Friday night. As mentioned, he was the highly successful head coach at Boston State College through the mid-70’s, reputedly once turning down an offer to coach the Portland Trail Blazers.

By the way, the back side of the BoState campus abutted a place called Boston Latin School – just happens to be the high school from which yours truly graduated a little over 40 years ago. Stories circulated, perhaps slightly embellished, about what happened to high school kids who crossed paths with Coach Loscy during school hours.

After all, not much ever happened to Cousy, did it? 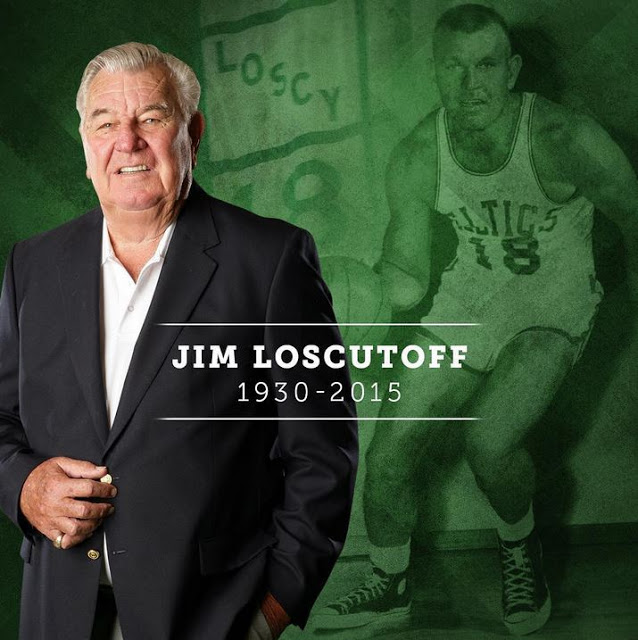