Brad Stevens has stopped Steph Curry before, but can he do it again? 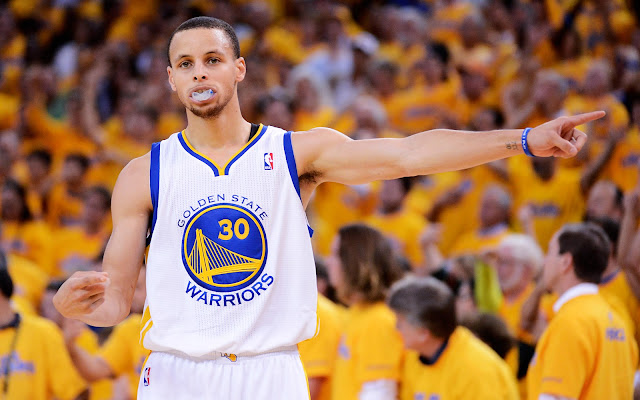 Stephen Curry comes to town tonight to face the Celtics and his Warriors' undefeated record is on the line. Fortunately for the C's, their head man, Brad Stevens, has dealt with, and dispatched, a Curry-led team before.

In a recent article in the Boston Globe, Adam Himmelsbach highlights when Stevens guided his Butler Bulldogs through Curry's Davidson Wildcats and locked down the now-reigning NBA MVP. Now, Stevens has the opportunity to do it again as he still searches for his first victory over the Golden State Warriors. Curry was on a hot streak then too, via Himmelsbach:

At the time, Curry was the leading scorer in college basketball, one season removed from an enchanting run through the NCAA tournament. But in the 75-63 loss to Butler, he missed his first eight shots and finished 6 of 23 from the field.

Stevens and the Celtics could pull off the W, too. This will be one of the harder match-ups for the Warriors through the end of 2015 as it's a tough road game against a good C's team. And with Klay Thompson possibly benched for the evening, now is Boston's chance to strike.

Plus, this is a chance for vengeance. The C's last game against the Warriors on March 1st was lost in devastating fashion as Curry poured in 37 points and erased a 26 point deficit in Boston. But that was a different Celtics team. Isaiah Thomas had been with the C's for less than 10 days, Jared Sullinger was out of the lineup, and Tyler Zeller was the starting center. Not to mention Avery Bradley hadn't gone through his offseason metamorphosis into whatever three-point creature he is now.

The Celtics will face one of their toughest tests of the season to date, but Himmelsbach says they know what they're going up against:

The Celtics understand that their challenge will be daunting and that the rest of the basketball world will be watching, but they are being careful not to get swept up in the hysteria. Confetti will not rain from the rafters if they win, and their season will not end if they lose.

Here's to hoping we can celebrate with confetti outside.