Isaiah Thomas turnover seals game for Dallas, but that's not why the Celtics lost 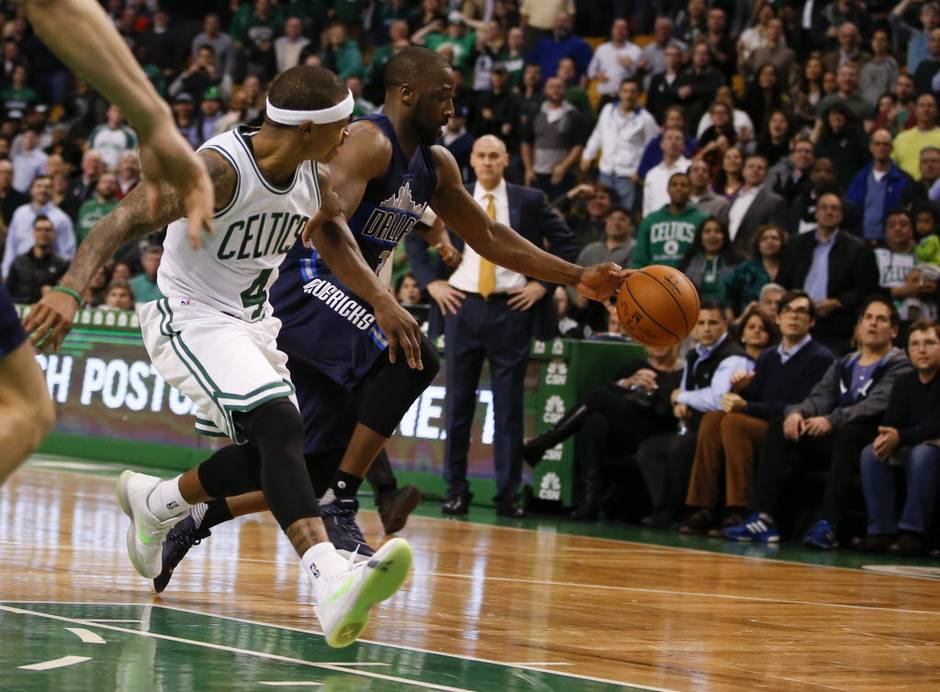 The Celtics best offensive player by a wide margin is Isaiah Thomas. So it makes perfect sense that he would have the ball in his hands as the Celtics looked to tie or take the lead with 10 seconds left in last night's tilt with the Dallas Mavericks. What isn't great is that Isaiah, pushing the pace to try and get an easy look, lost control of the ball and handed the game to Dallas in the final seconds. Deron Williams put a ribbon on the victory with two free throws in the closing seconds and that was that.


Thomas didn't see Felton on late steal. "That was a mistake of mine. He gambled at the beginning so I felt like I had some room to work.
— Bill Doyle (@BillDoyle15) November 19, 2015

It's a mistake that cost the Celtics the game, but it never should have come to that. The Celtics had an early 18 point lead, the Garden was going bananas, and Avery Bradley was on fire. There were steals and threes and steals and layups and more threes. It was exactly how this Celtics team is designed to play basketball. It was beautiful. Until it wasn't.


Isaiah on Mavs comeback: "I know one thing, we just took our foot off the pedal. That whole second half was different from the first half."
— Adam Himmelsbach (@AdamHimmelsbach) November 19, 2015

It's a wakeup call for a team that was brimming with confidence after wins against Atlanta, OKC, and Houston. Last night was a good thing. It's a reminder that a well-prepared veteran team like Dallas isn't going to lay down like the Rockets did on Monday night. This loss sends the message clearer than anything Brad Stevens could ever say to this team: the Celtics have to play their game for 48.

Getting crunch time reps early in the season is important. Better to blow a big lead at home on a Wednesday in November than in Game 5 of the Eastern Conference Playoffs. Let's hope the Celtics take just as much out of this loss as they did from their identity-forming, turnover-forcing, trip du force out West. If Brad Stevens is the coach Celtics fans all believe him to be, he'll find a way to do just that.