Brad Stevens for President in 2016! Just how good are the Celtics right now? 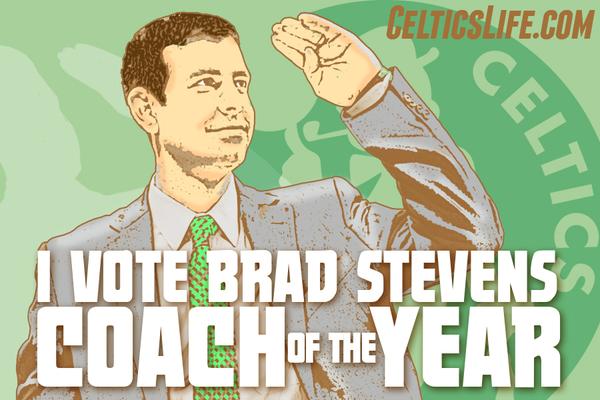 Start by taking a peek at this stat line:

Looks like a solid game for a high-volume scorer, right?  The thing is, those are the combined numbers for superstars Russell Westbrook and James Harden in 63 minutes against the Celtics the past two days.

According to NBA.com, Boston's defensive rating is currently tied with the Warriors for third-best in the league behind the Spurs and Heat.  The C's lead the NBA in steals with 11.8 per game--they had 16 againt the Rockets, equal to Harden's point total.


Celtics had as many steals as James Harden had points: 16.
— CelticsLife.com (@CelticsLife) November 17, 2015


How ridiculous a turnaround? Down 15 in the 1st half, the Celtics still did this for just the 5th time in 3 years. pic.twitter.com/5n8h5hDIBI
— Sean Grande (@SeanGrandePBP) November 17, 2015


Also from Grande, the Celtics had been 0-41 under Brad Stevens when trailing by 13 or more points on the road--you can throw that stat out the window.

Remember when Boston never won out west?  From February 2013 through January 2015, the C's dropped 23 straight games on the road vs. Western Conference opponents.  They're 7-6 since, including 2-0 this year (and 3-1 away overall).

The 6-4 Celtics have outscored their opponents this season by an average of 6.6 points per game.  That's the fourth-highest scoring differential in the NBA, behind Golden State (+16.3), San Antonio (+10.8) and Cleveland (+7.2).  And in case you didn't notice, those are everybody's top three title contenders.

All six of Boston's wins this year are by double-digits.  In fact, the C's greatest margin of defeat (11) is less than their smallest margin of victory (13).

Yes, it's earlier and 10 games is a small sample size, but who cares.

Brad Stevens for President in 2016.