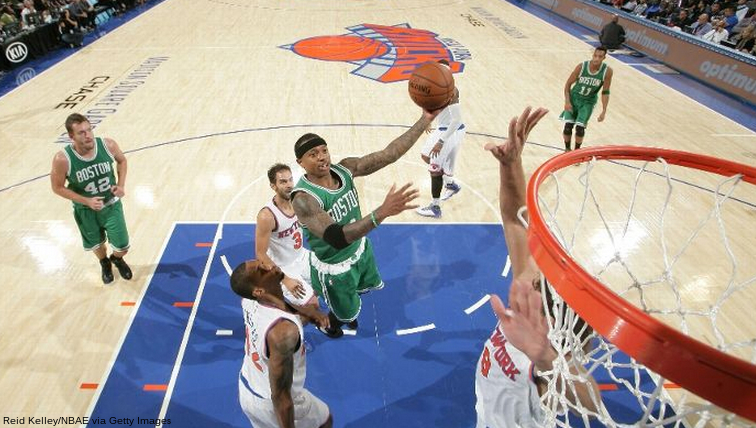 Back in September, ESPN Insider's Tom Haberstroh hinted that his official Celtics preview would refer to them as the "baby Hawks" of 2015-16--Atlanta came out of nowhere last year to win 60 games and grab the No. 1 seed in the East.

That preview hit the web today, and Haberstroh stayed true to his word:

The Celtics might be the hardest team to peg in the NBA. On one hand, they have a roster full of valuable role players that any team would envy. On the other, they have no franchise cornerstone. The rosy outlook might suggest they're trying to be the Atlanta Hawks of last season, stunning the NBA with smart, starless basketball. But can you see three All-Stars on this roster? Even Lucky the Leprechaun doesn't see it.

Nonetheless, RPM thinks the world of the Celtics, projecting them to win the No. 2 slot in the East. No, not the 2016 NBA draft. The Eastern Conference standings. With most Eastern powers taking a step back, RPM sees the Celtics taking advantage of the shift and winning 51 games during the regular season with top-10 ranks on both ends of the ball. That's not a total stretch considering they tied for the third-best point differential in the East after the All-Star break.


The RPM stat he's referring to is "Real Plus-Minus," which predicts each player and then derives a team win total from that.  However, that's just one possible metric.  Despite that analysis, ESPN Insider rates the C's eighth overall in the East.  Another ESPN system called SCHOENE is not quite as high on Boston.  From Haberstroh:

SCHOENE isn't sold. While [Amir] Johnson will provide a lift defensively, SCHOENE believes [Isaiah] Thomas and [David] Lee will undo any good progress made by the former Toronto big. With a 23rd ranked defense, SCHOENE sees the Celtics taking a step back and falling just short of a .500 record. With [Brad] Stevens at the helm, the Celtics are like a pro golfer handed a bag full of top-notch irons and no driver.


I find it hard to believe Stevens could actually allow his guys to be 23rd in the league defensively.  And through a very small (and mostly meaningless) sample so far this preseason, they're definitely not:


Who knows what to make of all these projections anyway.  Regardless of the advanced stats used, the word "projection" is just a fancy term for "guess"--they still have to play the games.