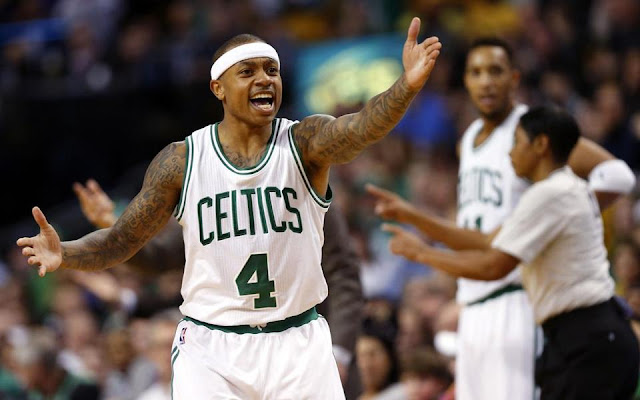 Isaiah Thomas has big expectations for the Celtics this season.

Isaiah Thomas wants to build on last year: "We've got a really talented team. Especially in the East we can make some noise."
— Jay King (@ByJayKing) September 2, 2015


But, the bigger and maybe loftier goal is what he told Jay King of MassLive.com when at the Roslindale Community Center,


During a Wednesday afternoon chat with children at the Roslindale Community Center, where the Boston Celtics guard gave away backpacks to school children, he revealed he aims to become "the best little guy to ever play the game of basketball."


Thomas labeled Allen Iverson, Isiah Thomas and Nate 'Tiny' Archibald as some of the "small guys" that he respects and looks up to, but in reality, he would actually be looking up to them. All three of the former greats were at least six feet tall while Isaiah stands at 5'9.

Regardless is he reaches his goal of being on the short list of great "short players" of all time, Thomas will play large for the Celtics this season either on the bench or in the starting lineup.

It also seems like he is coming into 2015 with a chip on his shoulder after being ranked as the 88th best player in the NBA by Sports Illustrated.


"That's somebody else's opinion. And I'm going to prove them wrong. And just continue to work hard. That's all I can do. And worry about the things that I can control."


Let's hope he takes that drive into this season to help achieve his first goal of making some noise in the East this season with the Celtics.

And who knows maybe we'll see him at center this season.