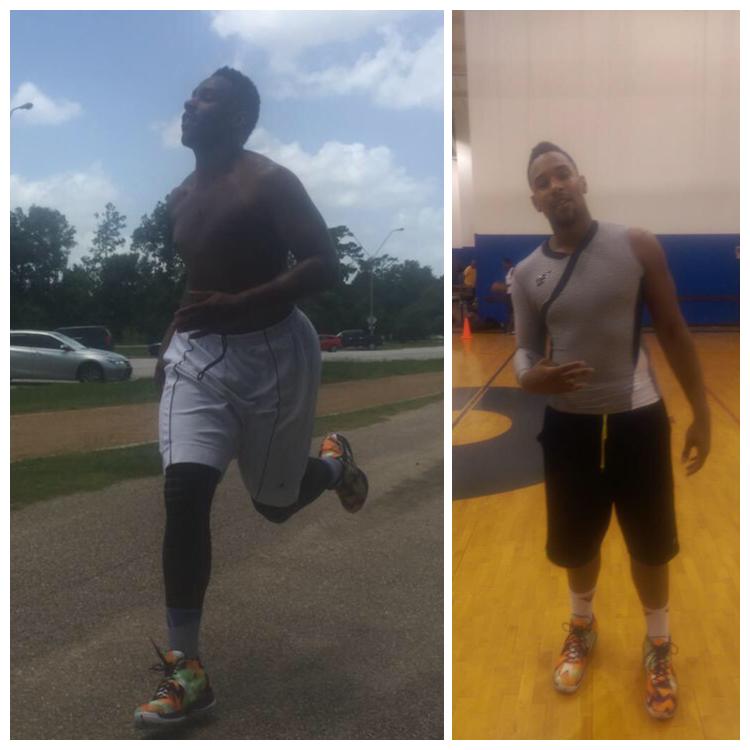 It's a story that just never seems to end.

Dreaded L-B’s have caused Celtics PF Jared Sullinger issues with his growth as a NBA player, but reports straight from the coach are that he is headed in the right direction this summer.

The shots, and jokes of course, have been flying at Sullinger since his February foot injury. But, the now 4th-year big man has taken them in stride and according to coach Brad Stevens is “doing great” with his offseason crusade to get into better shape.

Long struggling with weight issues back to his college days with Ohio State in part due to back injuries, Sullinger and his big behind have come under attack from fans and media members alike going as far as to challenge how professional he is.

Stevens spoke at length with SiriusXM about Sullinger, who hasn't shied away from posting pictures of his apparently new, slender frame:

Hey, he wants to be in the best shape of his life, he wants to be in great condition, and he's working towards that, and I think he's excited for a new season to show that's been his focus and to show off the work that he's put in to get there.


How Sullinger, as a professional athlete, hasn't been able to dedicate the time or find a weight watchers program or something of the sort to drop the pounds off his body has baffled many.

Even the organization has shown a displeasure with his effort on that front, Danny Ainge commenting that “Jared hasn't met his goals” after the aforementioned foot injury.

Twitter, of course, showed no remorse in throwing the 3 letter word around last year as well. 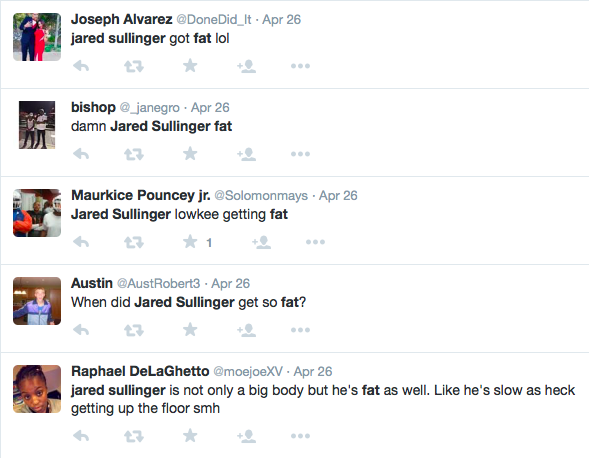 From there the word was that he lost anywhere between 10 to 15 pounds off his NBA.com listed 260-pound frame from conditioning during his 24-game absence.

Sullinger averaged 14.4 PPG and 8.1 RPG in 51 games before the injury, and 5.0 PPG with 3.7 RPG in his 7 games after. He would end up in a bench role at about 15 minutes a night upon his miraculous and unexpected return.

As his 4th season approaches the message is becoming clear from management, time to show rather than tell. He has shown no hesitation to tell us how great his workouts have gone or laugh at those critical of him but his career is reaching a crossroad.

No matter how many pictures of him taking a casual run through town streets pop up online, the leash is likely to be short on Sully this fall.

It’s time for the six pack to resonate on the parquet the same way it has been online.

David Lee, Amir Johnson, and draftee Jordan Mickey have joined Sullinger with teammate Kelly Olynyk in what has quickly become a crowded frontcourt. There's no coincidence, despite Steven’s encouraging comments, Sullinger is going to have to fight his way into the Boston Celtic rotation this year.

On a team full of question marks going into the third season of the post-Big 3 rebuild, Sullinger remains the biggest one literally and figuratively.

We’ve seen what he’s capable of; high level rebounding, a bruising inside game, and the ability to face up that still leave you wondering just how great he could be in a leaner and more mobile body.

It remains to be seen whether Sully is in Boston’s future plans. A past domestic violence incident and the overwhelming weight issue that has watered down his potential are most certainly testing the patience of management.

One final showdown between him and the notoriously inconsistent Olynyk may decide his fate. If he wants to stick around then it's time to keep on running for Sully because in the crowded C’s frontcourt the extra baggage will fall behind.