Paul Pierce opting out of Washington Wizards contract, going back to Cali? 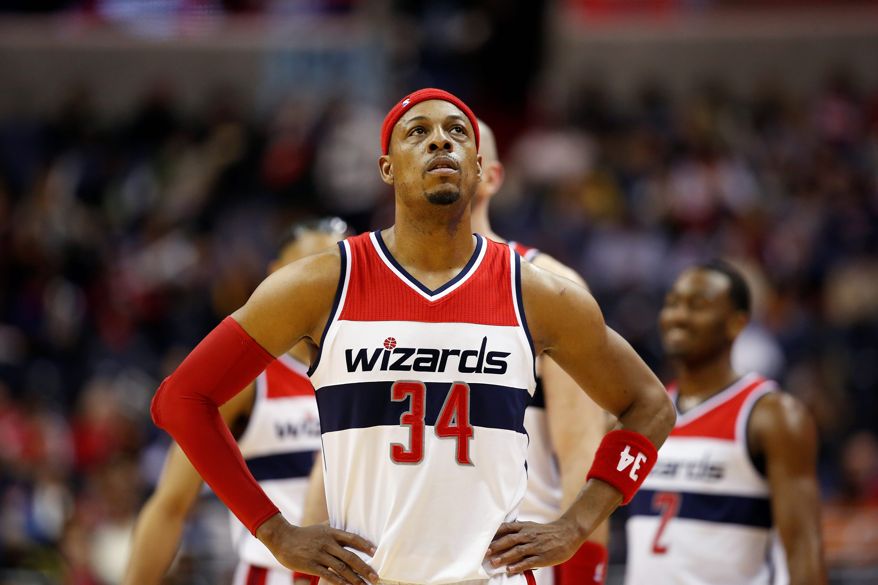 According to The Washington Post's "Wizards Insider" Jorge Castillo, Paul Pierce will opt out of the final year of his contract with the Washington Wizards. Castillo also reports that Pierce will play this season, his 18th in the NBA. Who he plays for is the question.

While Washington and their fans are hoping Pierce re-signs with the team, and they are said to be one of two possibilities, the likely candidate is the Los Angeles Clippers. While Washington is capable of offering more money (over 6 million dollars as compared to LA's 3 million plus), the Clippers are much closer to being a championship level team. Going to LA would also reunite Pierce with former coach Doc Rivers, a move that has been speculated on since each departed from Boston. LA would also be a homecoming, as it is where Pierce grew up.

Personally, I would have a hard time with this. It has been easier than I anticipated to support Pierce in his two stops since leaving our Celtics. In Brooklyn it was tough to watch him play for such a heartless team that didn't deserve him, but that made him a sympathetic character, not a target.

In Washington it was a pleasure to watch him. They didn't match up with our Celtics in the playoffs so that made it much easier, but watching him hit clutch baskets and game winners in the playoffs for them was a great fan experience. You could tell the city and fan base embraced him, and they totally got the Paul Pierce experience. Even the way his season ended, with his game-tying 3 pointer being waved off after review, was metaphoric. He still has the talent and heart to help out any team with its aim in the right place, but time is slowly running out.

The Clippers are a whole different ballgame though. I never liked the way Doc Rivers left Boston, and I don't really like the way he dodged accountability for it (or for assembling his paper thin roster). Thank the basketball Gods he did though, long live Brad Stevens.

The Clipper roster in general is one of the more antagonistic and annoying rosters in the league, though obviously very talented. The coach and players whine more than any other team in the league and have acted like they deserve to be treated like champions despite never winning anything. Chris Paul cried tears of joy after winning a first round playoff series. Plus, let's not forget, it's Los Angeles people!

On the other hand it would be fun to hear Pierce talk all season about how he has to teach this group of youngsters how to win. If he did go to LA and they won, he would act like Chris Paul's uncle and Blake Griffin's Godfather, just bringing them along and teaching them how to be men. Essentially acting like LeBron in Cleveland but with charisma and likeability. Also, there's no denying he would help them. I just don't think they deserve him.