If you're hoping the Celtics will finish 8th and get Atlanta, here's the best-case scenario 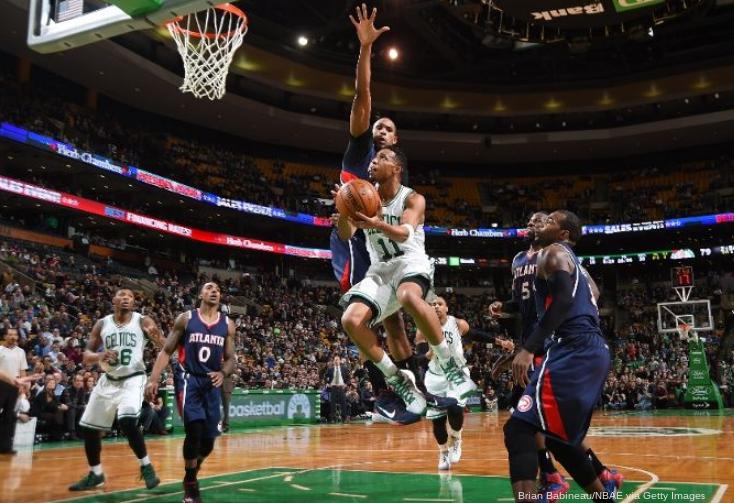 A lot of people, (myself included) feel the Celtics have a much better chance to make some noise in the playoff against the Hawks than they do vs. LeBron and the Cavs.  At this point, it's far more likely Boston will earn the No. 7 spot and a date with Cleveland, but here's one way a No. 8 seed and a trip to Atlanta could still be in the cards:

To start, in order for the C's to be eighth they must lose both of their remaining games and finish 38-44.  Unfortunately Boston hasn't clinched a playoff berth yet, so the club is obviously going to play hard tomorrow against the Raptors if that doesn't happen first.

Brooklyn hosts the Bulls tonight.  Chicago is fighting Toronto for the No. 3 position.  If the Nets lose to the Bulls and fall to 37-44, the Celtics are in (they win the tiebreaker with Brooklyn by virtue of a 3-1 head-to-head record).  If Boston clinches tonight, it frees up Brad Stevens to run James Young and Luigi Datome out there for extended minutes against the Raptors.

Also on Tuesday, the Pacers play at home against the Wizards.  An Indiana win would give them a one-game lead on the Nets for eighth at 38-43.  For the Pacers to make the postseason, they must wind up a game in front of either Boston or Brooklyn since they lose the tiebreaker to both (1-3 vs. Celtics, 1-2 vs. Nets).

On Wednesday, all three teams play their final game.  The Celtics could rest players and fall to the Bucks in Milwaukee (8 pm start time).  The Nets would need to beat the Magic (also 8 pm) to try to catch the Pacers.  If Brooklyn wins, Indiana must knock off the Grizzlies in Memphis (9:30 start) to hang on to its playoff position.  This seems like the least likely event in this scenario, but Memphis is only slightly above .500 since the All-Star break (15-12) and the Pacers would be fighting for their postseason lives.

Should that happen, Indiana is 39-43, while the Celtics and Nets are both 38-44.  The Pacers go to Cleveland, Boston goes to Atlanta and the Nets go home.