In a funny way, the Celtics may benefit from the Atlanta Hawks' incredible success 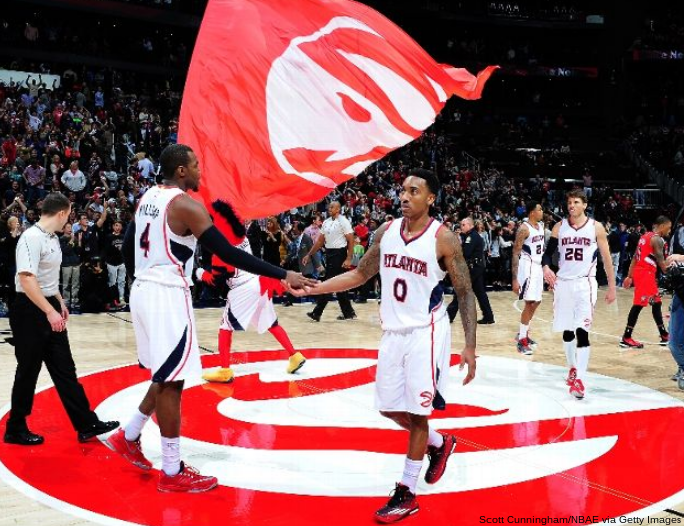 The Atlanta Hawks are an NBA-best 40-8.  They've won 19 straight games and are 33-2 since Thanksgiving.  Let that sink in for a bit.  Tied with the 2008-09 Celtics, Atlanta is in the midst of the fifth-longest winning streak in NBA history.  Those are also the only two clubs to ever win 19 in a row before the All-Star break.  On top of that, the Hawks just completed the most successful month the league has ever seen:


Now here's how all this affects Boston.  In the heist of a trade they pulled off with Brooklyn, the Celtics got the Nets' first round draft pick last year (2014), next year (2016) and in 2018, as well as the rights to swap positions in 2017.  The only Brooklyn draft the C's are not involved in in the foreseeable future is this year.  And unfortunately for the Nets, when they traded for Joe Johnson in 2012 they promised Atlanta the rights to swap picks in 2015.

Brooklyn is sputtering along with an 18-28 record, currently in line for the 11th selection in this year's draft.  But instead of a lottery pick the Nets will end up with the Hawks' first round choice, which at the moment would be dead last (30th).

Whatever slim chances Brooklyn has of being competitive in the next few years will be that much worse, in turn making the future picks it owes Boston that much better.  This probably won't become a significant factor in the long run, but it's still fun to think about.

Credit to MrBlueVNeck from the comments section for the idea.