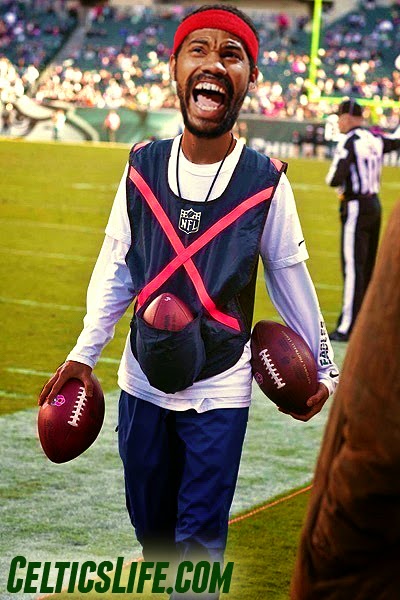 Of course it was 'Sheed's fault. Isn't it always? Celtics Life has obtained a photograph of the New England Patriots ball attendant who has become a "Person of interest" to the NFL and it is one Rasheed Abdul Wallace. So sneaky. To be that tall and to have avoided being discovered until 9 days later is quite impressive. Ball Don't Lie.

p.s. If you followed our site back during it's original season of 2009/2010, you'll get this. If you joined us afterwards you are probably more like wtf?