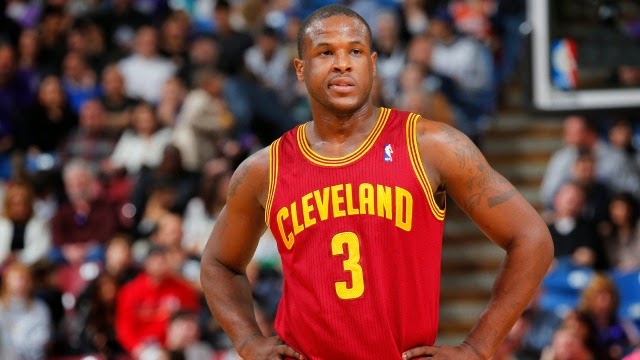 Before we get started, let me cover the two things you thought to yourself as soon as you read this headline:
Good. Glad we got that out of the way. Now let's discuss how trading for Dion Waiters might make sense.

For the uninformed, over the weekend reports surfaced that the Cleveland Cavaliers might be willing to part with the much-discussed 2012 lottery pick to improve their front court. Specifically targeting Memphis Grizzlies reserve center, Kosta Koufos.


Sources say that the Cavs are well aware landing a quality big man likely depends on selling on potential trade partners to take back polarizing shooting guard Dion Waiters. Cleveland rates Waiters’ talent highly, but sources maintain that the Cavs have let a number of teams know they are prepared to surrender him if they can acquire a difference-making center in return.

As Stein points out, the Grizzlies do have motivation to move Koufos; he'll be an unrestricted free agent this summer, and is likely to look for a much larger role, for a lot more money than what the Grizzlies are likely to provide him with. 'Cashing in' on Koufos while they still can makes sense, as they'd most likely lose him for nothing this summer.

And in many ways, they'd really cash in on this trade. While Koufos is an exceptional back-up center, Waiters is a significantly more talented basketball player. Theoretically, the Grizzlies would be able to capitalize on a unique scenario in Cleveland, but they don't really have a need for Waiters either; While the Grizzlies thrive on defense, ball movement and post-ups (or Grit, as well as Grind), Dion Waiters thrives on, well... being Dion Waiters.

And while Koufos doesn't start for the Grizzles, he does solidify their front court rotation. And for a team with Championship aspirations playing in the West, that's awfully important.

Enter: Danny Ainge. A man whose displayed an ability to capitalize on these type of situations. A man equipped with the right kind of assets to appease both sides, while ultimately coming out the ultimate winner in value.

In playing around with trade ideas, a few seem to make sense but they're all built around this:

note: I'd argue that this trade should also include Marcus Thornton going to the Grizzlies, and Tayshaun Prince coming to Boston and then being cut. The Grizzlies could really use Thornton as a wing-scorer in case Vince Carter can't get himself right.

The Cavs get Koufos. The Grizzlies maintain a strong championship contending front court rotation while adding a first round pick. The Celtics get Waiters. And for the love of god, Brandon Bass finally gets the chance to remind the league that he is a really, really, super-useful player. It's Michael Scott's dream-scenario: a win-win-win.

I'm sure Celtics fans will be quick to scoff at Waiters, and I get some of that. He's come off as a bit of a punk, and has greatly underachieved thus far. But put that, and emotion aside - What it comes down to is this; Isn't it extremely unlikely that the Celtics would be able to acquire a player more valuable than Waiters with a late first round pick? It's not that he is the 'answer', he's just an improvement over the assets we currently have.

For all his warts and flaws, he's still a very gifted player who serves a definitive purpose on the basketball court. And while he's certainly lost some of his shine, there's still a good deal of upside. Particularly if he ever gets his head on straight.