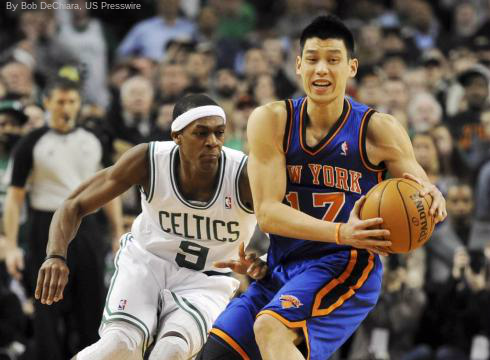 I became a Boston Celtics season ticket holder the same year that Rajon Rondo took over the reins as the club's starting point guard.  Over the next five days I'm going to recount my top five Rondo memories from his time in Boston.  Obviously it's a subjective list, which is why it's called "my top five" rather than "the top five."  Clearly there are tons of greats ones I've left out, but these are the five that for whatever reason resonate the most with me.

This was the second ridiculously entertaining game in a month between Boston and New York at the TD Garden (the Celtics pulled out a 91-89 thriller on February 3), and the building was rocking.  The single biggest highlight of the game was this crazy three-pointer from Paul Pierce to send it to OT:

However, it was Rondo who was the star of the show.  This contest took place during the bizarre phenomenon known as "Linsanity," when Jeremy Lin was inexplicably dominating headlines nationwide.  I think that pissed Rondo off, as he responded by torching Lin and putting up the most dominant stat line of his career.  I remember constantly looking up at the Garden scoreboard as his numbers crept higher and higher, wondering if he might actually get to 20-20-20.

Rondo finished the game with 18 points, 17 rebounds and 20 assists, the greatest triple-double posted in the NBA in 44 years: 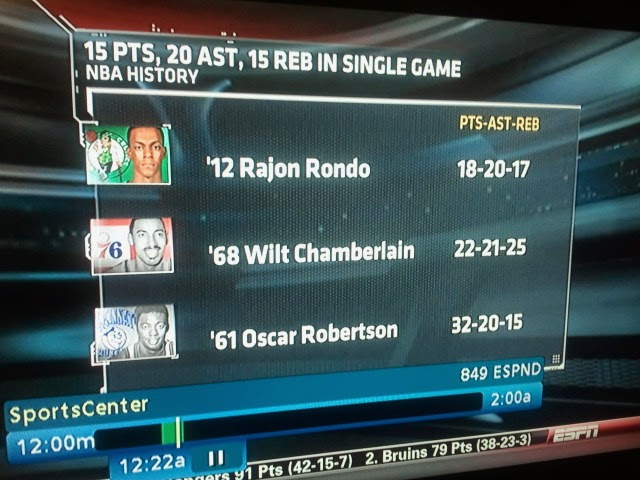