My Top 5 Rajon Rondo Memories - No. 4: "The night his elbow bent the wrong way" 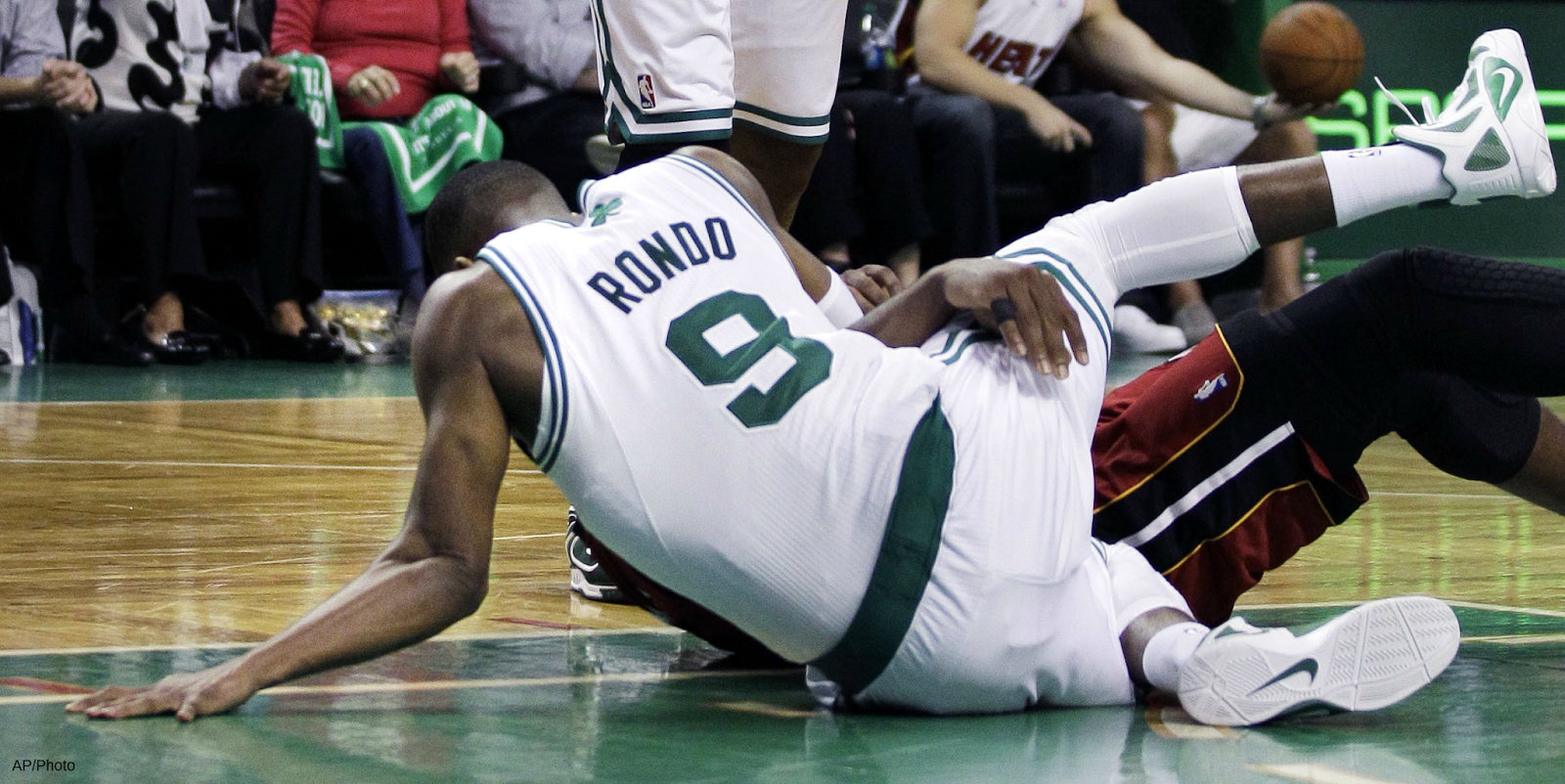 Boston trailed Miami 2-0 in the second-round series, but the C's held a 10-point lead midway through the third quarter of the first game back at the Garden.  I was unfortunately working behind the bar that evening and wasn't paying close attention when Dwyane Wade tackled Rajon Rondo.  But I heard somebody say "Rondo just broke his arm," so I stopped what I was doing and watched the replay.  Instantly I was sick to my stomach.

All I could think of was that the season was over.

But then somehow it wasn't.

After having his dislocated elbow popped back into place, Rondo returned for the 4th quarter.

How Rondo was able to effectively play point guard the final period with basically one arm I'll never quite comprehend. But he did, and the Celtics pulled away for a 97-81 victory.  Rondo finished with six points, 11 assists and three rebounds in 35 minutes of action.

After work that night I watched the game over again on my DVR till about 5:30 in the morning. I think I had goosebumps the entire time.