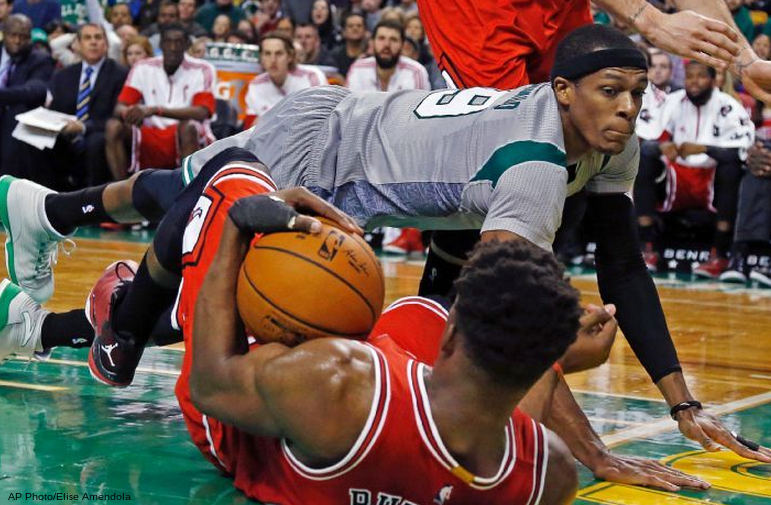 Maybe the Celtics got the idea from the football-like alternate jerseys they debuted against Chicago on Friday?

The Boston Celtics are ready to compete in the NFC South. (vine via @Steve_OS) http://t.co/GxmYRbj52J https://t.co/vsHnuJutEh
— SB Nation (@SBNation) November 29, 2014


As the tweet mentions, the C's 4-9 record would put them just one game out of first place in the NFL's NFC South division.