Numbers for thought: Shall we put candies on the rim at crunch time?

Numbers for thought is a series that selects certain pieces of statistics before each game (or let's say every now and then to make this a more attainable goal) that may or may not be meaningful (you know, small sample size, outliers or whatever) but nonetheless provide entertainment value (or so I hope).


First of all, if you haven't read Mike Dyer's fantastic breakdown of crunch time Celtics, do so. It has gotten both of our attention so that we started working on articles breaking down our unique-ish horribleness at the same time. I won't repeat what Mike has already said, but I'll try to come up with more numbers to hammer the point home. Well, in this case, hammer it so hard that it cracks the wood. 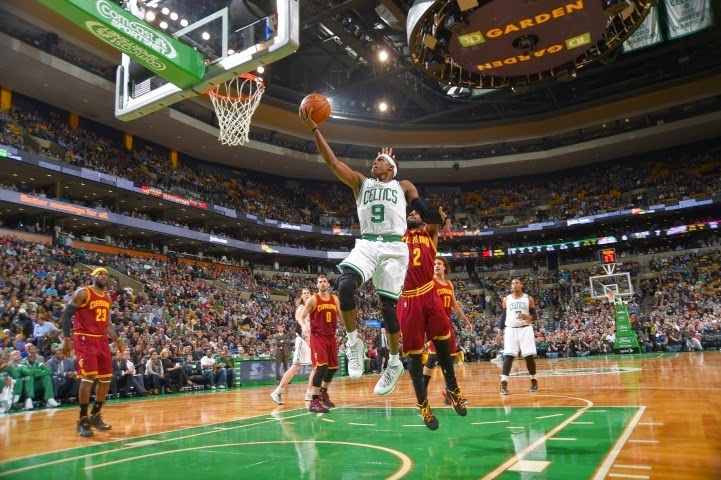 4-16: This is the Celtics' FG% when they're either leading or trailing by 5 points in the last 2 minutes of a game. Not bad you say: This number has actually improved from 2-13 after the game against the Phoenix Suns, so, you know, there's that. But then again, the Suns' opponents are 8-18 from the field in similar situations, so the Suns aren't the best crunch time defenders.

11-19: This is how the Celtics' opponents do in similar situations. So not only that the Celtics cannot score, they cannot defend either. Hence they lose. Now let's try to dig up the reasons for that glaring difference.

44% vs. 63%: The first stat here is the percentage of Celtics' field goals taken by their guards. The latter is for the opponents. The Celtics' opponents have the luxury of relying on their point guards who are usually the most skillful in driving to the rim, doing P&Rs etc (or they have LeBron James). The Celtics, on the other hand, simply don't, with Rondo being horrible at the free throw line, Smart somewhat inexplicably not attacking the rim yet, and Bradley being a not-so-good ball handler. The Celtics' guards shot 2-7 while the opponents' guards shot 7-12.

Now here's an important question: Do the Celtics simply fail at the last few minutes, or are they bad in general when the score is close in the last quarter? Here's your answer:

13-28: The Celtics' FG% when they're either leading or trailing by 5 points in the last 5 minutes of a game. Yeah, they're especially terrible at crunch time.

2-4: This the Celtics' FG% for shots at most 6ft from the rim. Compare that to the 7-12 for the opponents, and the percentages are not statistically different at all! Huh! Who knew that taking shots close to the rim would pay off at crunch time?!?! (And one of those shots was a Jeff Green dunk! Hooray for Jeff Green dunks! Maybe we should replace the rebounding incentives in his contract with dunking incentives? Is it too late for that?)

So yeah, I was planning to talk about a glaring hole in the Celtics defense, but this crunch time thing had to be dealt with first. Unless something crazy happens, I'll focus on the paint defense in the next post.
-----------------------------
For other "Numbers for thought" posts, click here.