Doctors had to cut off Marcus Smart's shoe 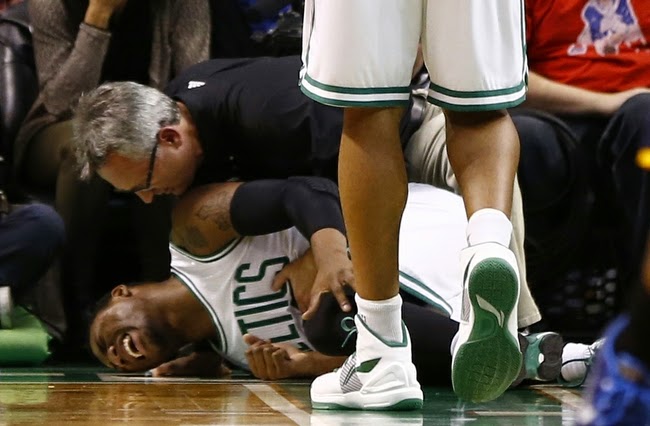 According to a post on rotoworld.com, Marcus Smart's ankle was incredibly swollen to say the least:

"Marcus Smart's ankle was so swollen after he sprained it that doctors had to cut off his shoe in order to begin testing the severity of his injury."

"I'm just taking it slow. Taking my time. Marking sure I'm 100%," Smart said. "I don't really want to rush anything right now. Even though I'm going to feel better before I really am. I'm just trying to make sure that I am 100 percent before I step on the court again."

The rookie said that the injury made it feel like his foot was "on fire" and he feared the worst. Despite the ugliness of the ankle turn, it seems the outcome was relatively lucky as Smart aims to be back in action late this month.