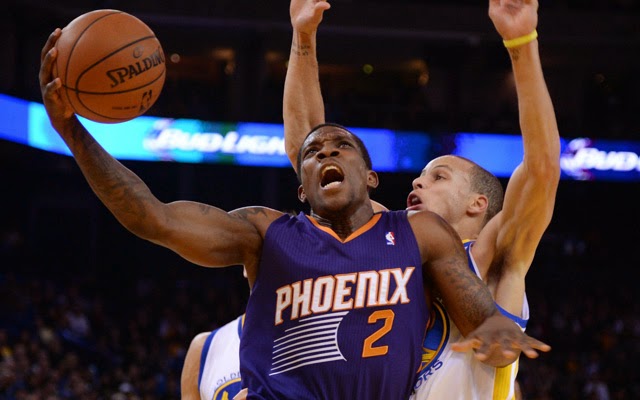 Boston, coming off their ultra disconcerting loss against LeBron and the Cavs on Friday, try to bounce back tonight against the thus far underachieving Phoenix Suns.

Phoenix was the surprise team and darling of the NBA media last season when they finished 48-34 just barely on the outside looking in at the playoffs.

Preseason, nearly every sportswriter in America projected them to be near the bottom of the West.

This season has not gone as smoothly as the Suns are 5-5 and with the way New Orleans and Anthony Davis are playing, as well as the surprising Sacramento Kings, getting in the top eight in the Western Conference is going to be very tough.

Phoenix's start is extra disappointing considering they acquired guard Isaiah Thomas in a sign and trade and signed Eric Bledsoe to a five year 70 million dollar deal in the offseason.

Bledsoe is averaging 13.3 points, five rebounds and over five assists in 31 minutes while shooting the ball well from deep at just under 38%.

Thomas has been an amazing scorer off the bench for Phoenix averaging 16.7 points a game in 24 minutes.

To put Thomas' scoring output into perspective he is averaging 24.9 points per 36 just two points under Steph Curry's number per 36 which is 26.7.

We may get a barometer of what the Suns are truly made of this week starting against the Celtics as they begin a five game Eastern Conference road swing.

Although, going on the road is always tough 4 of the 5 teams Phoenix plays on this trip are sub .500.