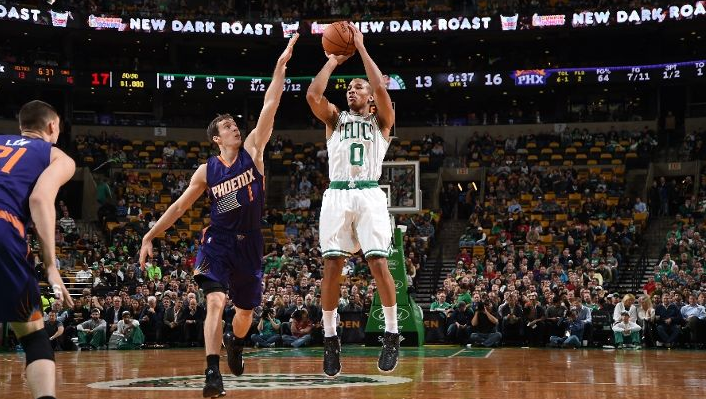 Box Score
Stop me when you've heard this before. In a tightly contested game the Boston Celtics found themselves unable to execute down the stretch, falling short, 118-114 in a highly entertaining game against the Phoenix Suns. Encouraging play - highlighted by a 28 point, 2 block, 3 steal effort from "Good" Jeff Green - overshadowed by an inability to execute down the stretch. Markief Morris led the way for the Suns with 30 points, 7 rebounds, 5 assists, and 4 steals, while Eric Bledsoe wreaked havoc defensively during the final stretch, causing two of three straight late Celtic turnovers.

Jeff Green wasn't the only silver lining for the Celtics. Rajon Rondo continued his streak of excellence (14 points, 10 rebounds, 9 assists), and was very aggressive attacking the rim in the second half. Additionally, the Celtics might've found themselves a new starting center; Tyler Zeller, or as the kids call him T-Zizzle*. Dude went OFF. Well, 'went off', in a very Tyler Zeller way - extremely efficient offense (19 points on 9 of 10 shooting in 27 minutes) and very heady defensive play to go along with 7 rebounds.

Another silver lining? This dunk.

*No one calls him T-Zizzle