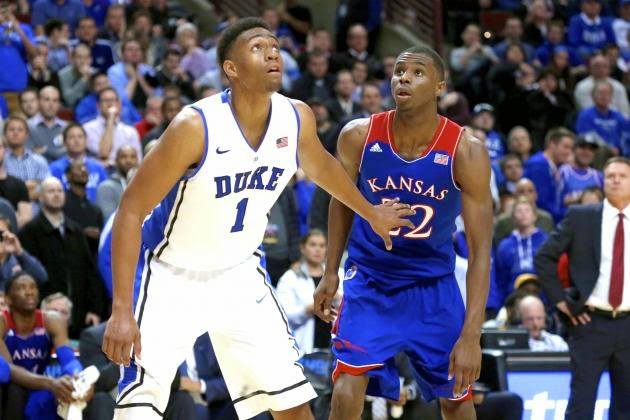 Tonight in Minnesota, for the first time, highly regarded 2014 draft picks Jabari Parker and Andrew Wiggins will face off in an NBA regular season game.

Wiggins, the number one pick in the draft by Cleveland who was subsequently traded to Minnesota, is coming off his first monster game as a professional.

Saturday at home he had 29 points, five rebounds and four steals in a 113-101 loss to DeMarcus Cousins and the Sacramento Kings.


For the season Wiggins is leading all rookies scoring at a 12.5 ppg clip while shooting .426% from the field for the 3-9 Timberwolves.

The 2014 number 2 overall pick Jabari Parker is coming off a very nice game as well.

Overall, Jabari is averaging 11.6 points (.444%) and 5.6 rebounds in just over 29 minutes a game for a Milwaukee Bucks team that is the surprise of the NBA.

Milwaukee is 8-7 and currently sitting as the five seed in the Eastern Conference.