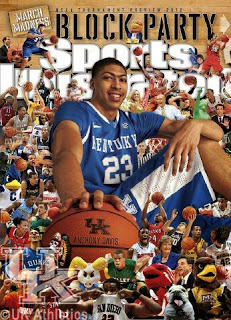 On selection Sunday, the Celtics fittingly travel to New Orleans, where Anthony Davis won his 2012 Final Four Most Outstanding Player award leading the Kentucky Wildcats to the national title, to play the Pelicans.

Coincidentally, Davis has been in full on Final Four beast mode recently and demonstrating why he will likely be a perennial MVP candidate within a couple of years.

New Orleans is 3-2 during this time including a historic win last Sunday.

Davis had a 32 points (tied career high) 17 rebound, six block performance in an overtime win versus the Nuggets.

The Celtics, on the other hand, touch down in New Orleans after a disappointing 87-80 loss to the Suns in a game which they easily could have won considering Phoenix shot just 5-26 from downtown.

The only problem is Boston was even more ineffectual from deep on Friday, 3-21 including a 1-7 output from Jeff Green.

Boston will definitely need to shoot the ball well from three point land tonight if they want to get a win. Shots at the rim will probably not be plentiful due to Boston's lack of size and Davis' prolific shot blocking abilities.