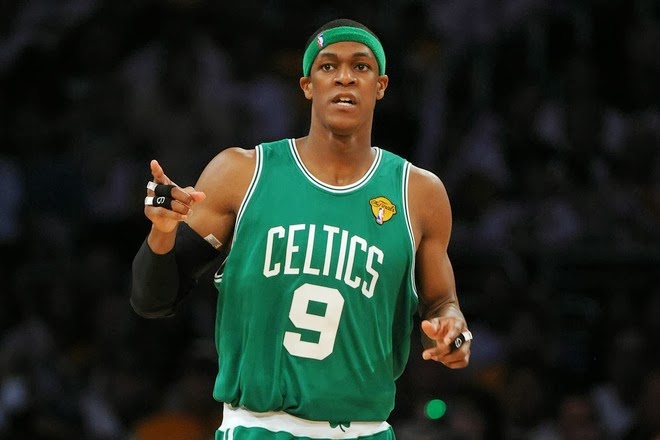 According to Marc Spears of Yahoo! Sports, the Sacramento Kings offered up PG Isaiah Thomas, SG Ben McLemore and two picks for Rajon Rondo, but the deal (apparently) died as Rondo is not interested in re-upping with the Kings.

Somehow, Spears buried this way down in his weekly power rankings. Saying this:


Bury the lead much?

Let's just say this offer was legit, the big question becomes: were these first round picks? Well, as we broke down here, the Kings cannot trade two future first round picks at the moment. They owe a protected 2014 1st to the Cavs (top 12 protected) which becomes top 10 protected in 2015-17 (and then becomes a second round pick). So without removing protection the earliest they can trade a first round pick is 2019. So unless the Kings were willing to remove that protection, the picks involved were either the 2019 1st + a second, or possibly two seconds. So this wasn't Thomas + McLemore + 2014/2016 unprotected firsts or anything. That would have been a freaking coup by Ainge, and something the Kings certainly wouldn't have gone for.

But the interesting part is that whatever the picks were, it appears that Spears is saying that the possibility of going to SacTown was at least floated to Rondo. For Rondo to say he wasn't interested in re-signing with the Kings he had to know about the deal (I know, killer detective work going on right now by me).

So I'd love to know more about this. Was this deal in the latter stages, only to have the Kings back out once Rondo said no? Was it merely an offer that Rondo got wind of and rejected (but that the Celtics hadn't accepted)?

It would also to nice to know the picks. Maybe 2014/2015 seconds? 2014 second and a 2019 first? Or maybe the Kings went all in and removed protection on the pick and then would offer up their 2016/2018 first rounders (in this scenario they trade their 2014 1st to Cleveland no matter what it is, then trade their 2016/2018 firsts to Boston as you cannot trade picks in consecutive years)?

But don't expect it to be the only one. T-65 hours till the deadline. Hold on to your butts.

Three possible Rajon Rondo trades that could happen before the deadline