Report: Celtics ownership willing to pay luxury tax this season if the right trade is out there 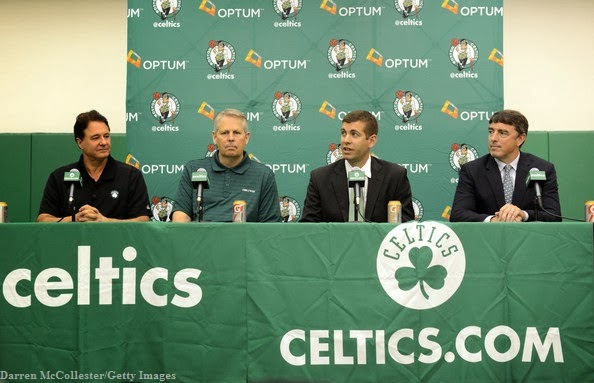 League sources told CBSBostonSports.com that Boston’s ownership group would be willing to pay the luxury tax this season if the right deal came along for the Celtics rebuild.


This makes perfect sense, despite the fact that all of the moves the Celtics have made since late last summer have been with the intention of getting their 2013-2014 payroll beneath the luxury tax threshold (they're a little more than $1 million below at the moment).  When you're a bad team in rebuilding mode it obviously seems silly to pay an additional tax for being too far over the salary cap.  But, if the key to becoming a contender again could be pulling off a blockbuster deal this season, it would be stupid to pass it up just because you don't want to pay that tax.

RELATED:
Sean Grande: Celtics could be buyers at the trade deadline
Breaking down the five types of trades the Celtics could pull off before the deadline
Could Danny Ainge repeat his 2007 trade magic this offseason?