Kevin Love: "Boston is a great city... free agents would love to go there, especially with Stevens as a coach" 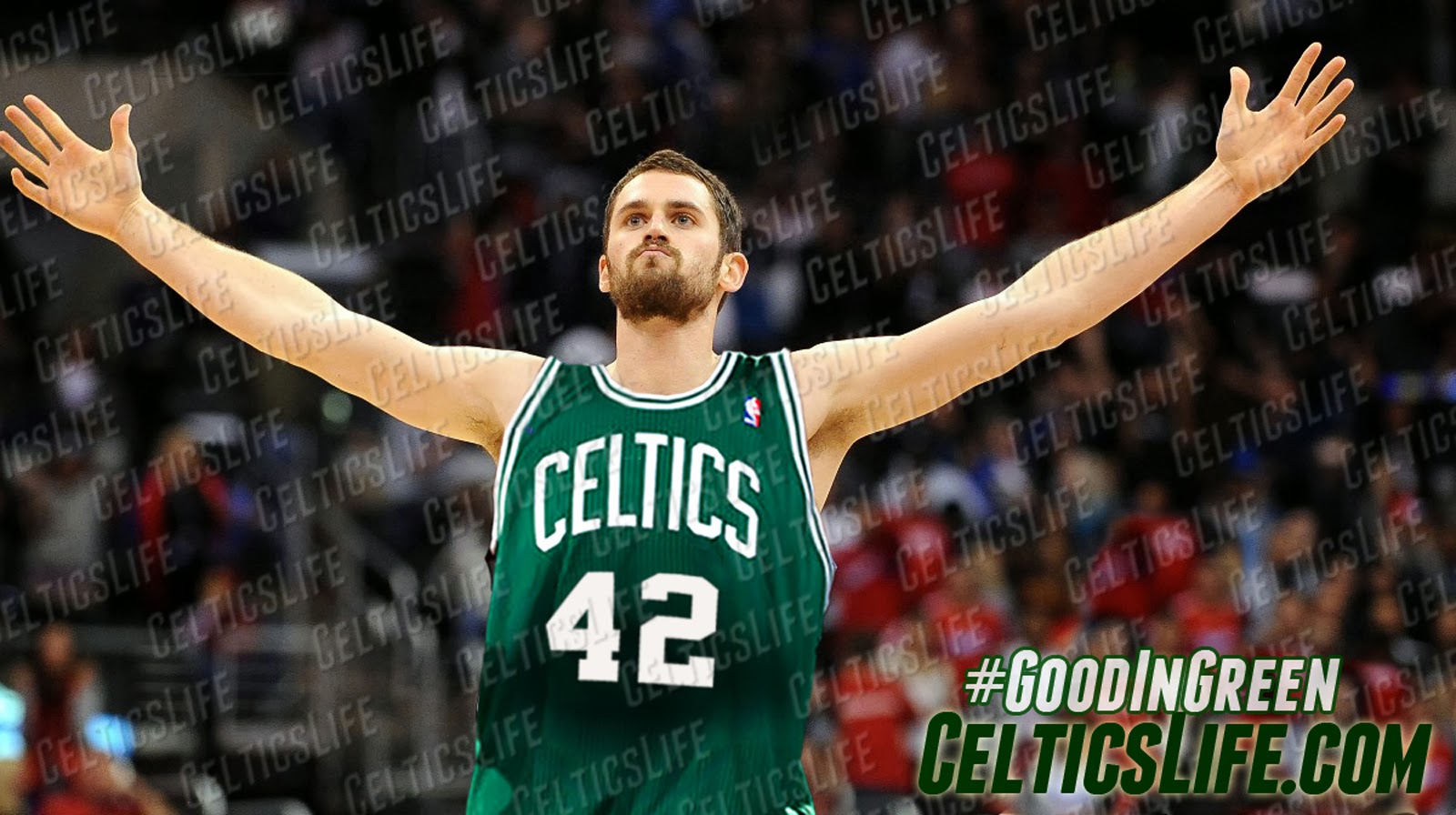 Sunday's Boston Globe contained a great article about how the Boston Celtics haven't had a premium free agent signing in a very long time, but have the potential to do so in the summer of 2015. At that point in time, the C's could have the salary-cap space to obtain one, if not two maximum-salaried players (depending on whether or not Rajon Rondo and Jared Sullinger sign long-term contract extensions).

With this theme in mind, the Globe spoke with several of the NBA's top athletes in attendance at All Star Weekend to get their opinions on Boston, as well as what qualities they look for in a basketball team.

Kevin Love has been a hot topic lately since he can become a free agent in 2015, and Celtics Life writer Mark Vandusen put together a trade scenario that could bring Love to Boston as soon as this summer. Here is what Love had to say about Boston when asked:

“I’ve never really spent much time in Boston. I don’t know it too well,” he said. “But I think as far as playing there, we love competing against those guys. I think they have a great coach and they have a ton of youngsters that are up-and-comers.

“Boston is a great city. I’m sure free agents would love to go there, especially with [Brad] Stevens as a coach. He’s a guy that can win basketball games. He gets guys to play for him. They’ve been having good success there, even in his first year, and he has a lot of young players. The coach has a lot to do with it, but yeah, Boston is a great place.”


Sounds like Love wouldn't mind playing for Beantown in the near future. Let's hope that Minnesota's management is currently as generous as Kevin McHale was with Kevin Garnett in 2007.

The Globe also spoke with Dwyane Wade (who has the option to opt out of his contract in both 2014 and 2015) about his views on Boston. Most Celtics fans I know would shudder at the thought of Wade coming to Boston due to his history of dirty plays and diva attitude, especially in games against the Celtics. But he spoke highly of the dedication of Boston's fans, and discussed how players rarely spend much time in their home city:

“It’s a sports town, when it comes to hard-core fans, when it comes to the sport that you love being the biggest thing about a city, it’s one of the main attractions from that standpoint,” Wade said of Boston. “And the rich history, obviously. I don’t think [location] matters. As you see with Ray and KG, it was the right time for them. They were there and did some amazing things, so you never know.

“Obviously, there’s certain cities that are not going to get the look of certain guys, that doesn’t mean only New York or only LA or only San Francisco, these cities are going to be the only ones to get these players. It’s selling your organization and what you’re trying to do, more than anything.”


Kevin Durant, who will become an unrestricted free agent in 2016 (but doesn't seem have any intention of leaving OKC), told the Globe that he became emotional after watching the video montages put together for Paul Pierce and Kevin Garnett upon their return to Boston last month. He also got to experience the ambiance in the Garden during Kendrick Perkins' return to Boston, and greatly appreciates the love that the fans have for anyone who has ever donned a Celtics uniform:

“I was there when Perk [Kendrick Perkins] got his tribute and you can tell they love those guys much more than wins and losses,” Durant said. “As a player, you can definitely appreciate that.”


So according to some of the NBA's current All-Stars and soon-to-be free agents, there are many great reasons why players should want to come to Boston. Were they saying this because they were being put on the spot during an All-Star media scrum, or are Boston's selling points globally recognized by most high caliber NBA players? Only time will tell if the Celtics will attract some premium free agent signings in the near future.