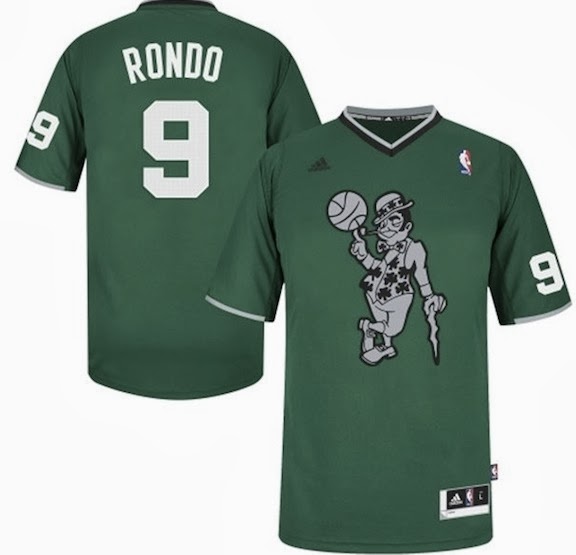 If you’re like me this is the best news you've had all week, the sleeved NBA jersey catastrophe might be over. Both players and fans alike have had mixed reactions about these things, I personally think that they make NBA players look like they’re wearing a little kids undershirt.

The league is saying the right things about it, despite the decision to go with sleeved all-star jerseys. If player unhappiness reaches new highs, the NBA might take note:

From Ric Bucher of Bleacher Report:


“We don’t have any intention to do anything that is going to compromise the play on the court or that the players are against doing,” Sal LaRocca, the NBA’s executive vice president of global merchandising said. …

In any case, LaRocca said plans for next year’s Christmas Day uniforms and the 2015 All-Star Game already are being discussed. If the All-Stars make it clear they don’t like the look or feel of this year’s uniforms, the league will respond accordingly.
“If the feedback is that the players don’t want to wear them, we won’t,” LaRocca said. “We are 50-50 partners with the players in everything we do.”

Despite some players vocal unhappiness with these skin tight t-shirts, the league and players are splitting 50-50 revenue on these things. The NBA has always been down for cash grabs so until fans stop buying them they will plague our NBA arenas, so stop buying them you guys... that's just me though, god I hate them.