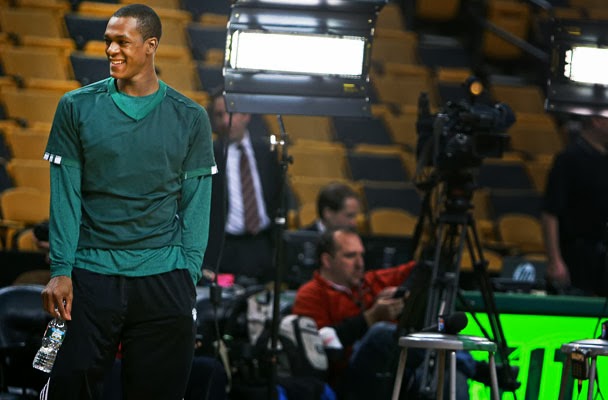 Let the speculation start swirling about the potential return date of Rajon Rondo.


While Rondo has been hesitant to admit being close to a return, his team is certainly going to make sure he is ready both mentally and physically whenever he does.

After practice today, Rondo organized a post-practice scrimmage which included former Celtic and current assistant coach Walter McCarty. The scrimmage was meant to help Rondo get back into game shape, and his teammates were happy to put in the extra work to get Rondo right.


"The main reason why I stepped out there was to help build (Rondo's) confidence for when he's back on the court," Jared Sullinger said.

Added Gerald Wallace, "This is basically us trying to get (Rondo's) wind and his rhythm back on the court."


The Celtics are still sub .500, but they've done remarkably well considering the players on their roster. That is to say, they don't have a lot of transcendent talent. Rondo, however, is that transcendent talent and the expectations for this team could skyrocket depending on how he looks when returning.

I stick to my pre-season thoughts and I don't think Rondo will return until end of January or early February.