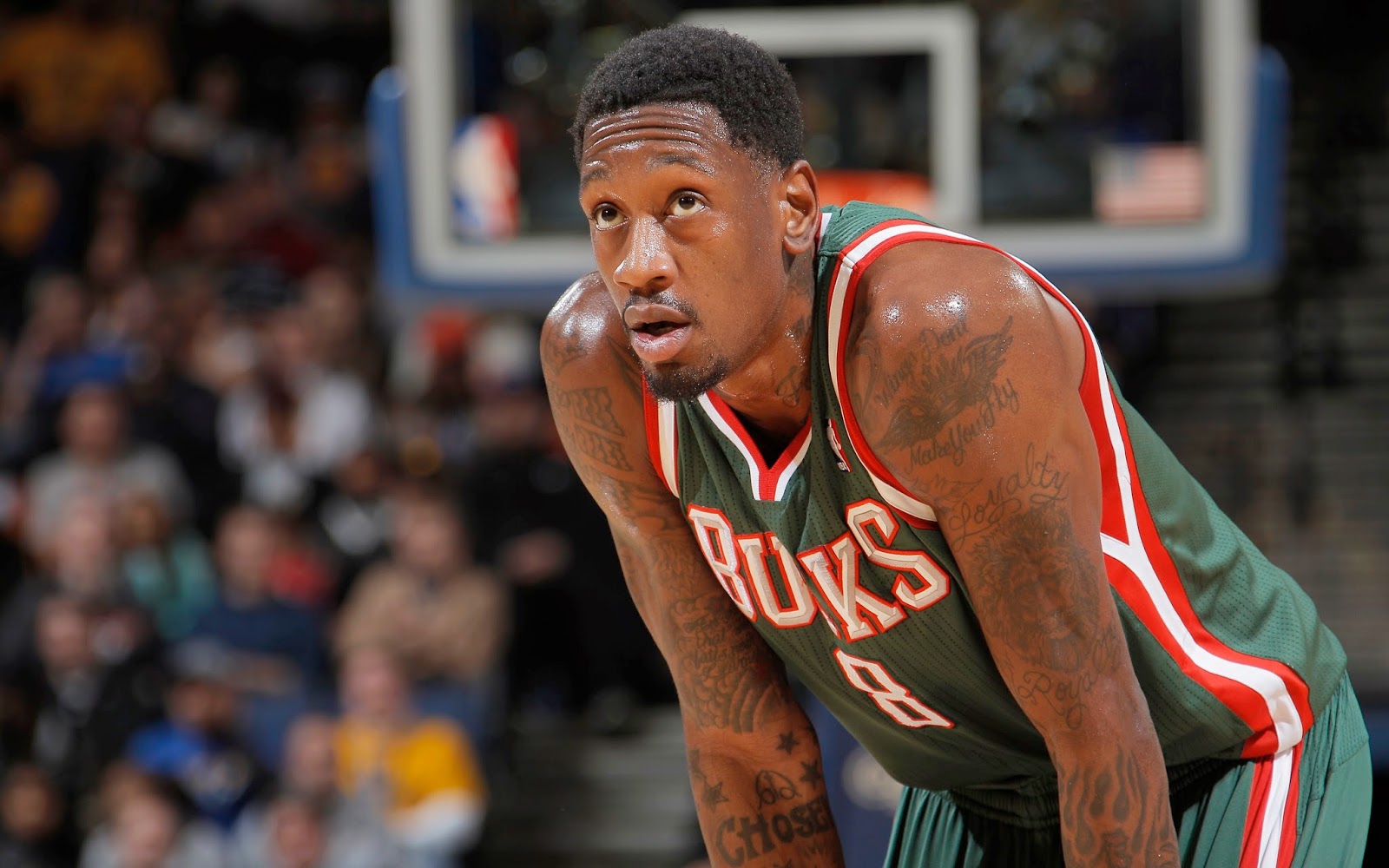 It's clear that Danny Ainge has a two-pronged attack when it comes to a rebuild. #1: Acquire as many valuable assets as you can. And #2: Cash in those assets for a big time talent (or talents). We saw him do this back in 2007 as he cashed in a slew of draft picks, expiring contracts, Al Jefferson and a few solid young players for Ray Allen and Kevin Garnett. Of course, that was a perfect storm. The chances of Ainge being able to acquire two Hall of Famers (one of whom was an MVP caliber player) this time around - are basically non-existant.

But that does not mean that Ainge can't follow the same blueprint to a certain degree. After all, the Cs have nine first round picks between 2014-2018, and it's hard to imagine the team will hold on to each and every one of them.

That's why whenever a talented player is rumored to be on the market, you can expect Ainge to investigate the situation. We saw him do this when Omer Asik was available last week, and we'll likely hear about a ton of other guys over the next eight weeks.

Including the Bucks Larry Sanders.

According to Sam Amico of Fox Sports Ohio, the Bucks are willing to listen to offers on the 25-year-old Sanders, and if the price was right, they'd move him.

Perhaps no NBA player is as available as Milwaukee Bucks center Larry Sanders.

The Bucks are beginning to really like their young core of big men. While Sanders is in that group, the Bucks feel he can bring something decent in return, and they don't really want to move anyone else.

Second-year power forward John Henson has played especially well since Sanders went down with a thumb injury suffered in a bar fight in early November.

The Bucks are just fine with taking their lumps and getting a high lottery pick in June. General manager John Hammond and new coach Larry Drew are both high on a rotation that includes Henson, O.J. Mayo, Ersan Ilyasova, Brandon Knight, and Khris Middleton, as well as rookies Giannis Antetokoumnpo, Miroslav Raduljica and Nate Wolters.

Add a college star such as Kansas' Andrew Wiggins, Duke's Jabari Parker or Kentucky's Julius Randle to that mix and you could be on your way.

Anyway, back to Sanders.

The Bucks like him and aren't in a rush to move him. He's 6-foot-11 and a talented shot-blocker. But the consensus among league executives is the Bucks would move Sanders if calls were placed -- especially if a draft pick of some sort was involved.

For now, Sanders remains with the Bucks. He has been cleared for basketball activities, but the team has yet to give a return date or even a rough estimate. And maybe there's a reason for that.


So the Bucks are looking for a draft pick(s) for Sanders, and the Celtics have a glaring need at center and a metric ton of 1st rounders at their disposal. This seems like it could be a really nice fit for both teams, but as always, there are questions surrounding these deals. Let's attempt to answer them.

Sanders is 25 and coming off a breakout 2012-13 season in which he averaged 9.8 points, 9.5 rebounds and 2.8 blocks per game (in only 27.3 minutes per night). Sanders is raw offensively (think DeAndre Jordan with better touch from the foul line - 58% vs 41%), but rebounds at an elite rate and blocks shots at a rate that we really haven't seen in awhile. For his career, Sanders has a block percentage of 7.6 % - meaning he swats 7.6% of all opponents shots while he's on the floor. To put that in perspective, the best number in NBA history is Shawn Bradley, who had a block percentage of 7.83% for his career. If Sanders had enough minutes played, his number would be second all-time. And it's not just the blocks, he's a shot alterer too. According to Kirk Goldsberry's Sloan Analytics paper, opponents shot just 34.9% when Sanders was within 5 feet of them last season. That is a staggeringly low number, and ranked #1 in basketball. In the paint that number rose to just 38.4% - 2nd in the NBA to Roy Hibbert.

So he's not just good defensively, he's great. Right on the same level as Hibbert (at least last season), and is young enough to improve even more.

2. Where would he fit on the Celtics roster?

He'd fit like a freaking glove. Sanders and Jared Sullinger would be the perfect combination down low for the Celtics to build around. Sanders would be the defensive anchor that Ainge and Brad Stevens desperately want, and is younger, and signed longer than Asik is. At the moment, only Vitor Faverani is a true center on the Celtics roster, and Vitor is raw and not a guy ready to anchor a team defensively (and probably never will be). Sure, Kelly Olynyk would suddenly be staring at a future coming off the bench - but there's no reason he couldn't still develop into a solid rotation guy off the bench. And considering Olynyk's lack of defensive abilities, he's never going to defend the paint at an acceptable level. But as a back-up 4/5 who can stretch the defense and provide energy..he should be right in his element and will hopefully develop into a valuable asset.

4. What would be a fair offer for Sanders?

Sanders is really, really difficult to trade in the trade machine. It's a poison pill provision for any team looking to trade for him, meaning the Bucks would be trading him at his $3 million salary for this season, but the Celtics would be receiving him at his average annual salary throughout the course of his contract ($47 million over 5 years = $9.4 AAS). So Milwaukee is trading Sanders as a $3 million player, but Boston is receiving him as a $9.4 million guy. That complicates things a ton - and several of my trade proposals no longer work.

Kris Humphries and a 1st round pick for Sanders and Zaza Pachulia.

The Bucks only get one first rounder, but get a chance to press the reset button on a summer 2013 mistake, as Pachulia is signed through 2016 ($5.2 million each of the next three seasons). In this deal, the Celtics add quite a bit of salary to their 2014-15 and 2015-16 books, as Sanders' extension kicks in and Pachulia remains under contract. This would put pressure on Ainge to then deal one of the Brandon Bass/Courtney Lee/Gerald Wallace trio. Their salary commitments would jump to $66 million for next year BEFORE re-signing Avery Bradley and signing their two first round picks (luxury tax will likely be $72-73 million next year). So Ainge would need to feel confident that he could deal two players from the Wallace/Lee/Bass/Pachulia group. Which seems unlikely..until you realize that this is the NBA and there is always a sucker GM out there willing to take on overpaid veterans.

As for what first round pick to offer..that's a tough question. I'd probably offer the Celtics 2015 1st rounder (top 10 protected) which becomes unprotected in 2016. Or Milwaukee could take whatever was worse out of the Celtics' two 1st rounders in 2014 (probably around pick #20).

In this deal, the rebuilding Bucks shed $16.2 million in salary commitments for both 2014-15 and 2015-16, and improve their chances at acquiring more ping pong balls for their own 2014 pick. So they'd be getting back more than simply one first rounder.

For Boston, their core is untouched, and they add a starting center who is fairly affordable through 2018. The "downside" (depending on which side of the fence you're on) for the Celtics would be that adding Sanders without losing any talent from this year's team could propel them to a division title. This means Boston would likely be without a 2014 lottery pick.

Sanders is in hot water in Milwaukee for breaking his thumb in a bar fight back in October, which doesn't exactly speak volumes about his maturity.

He also has a tattoo on his hand that spells out "Recieve". You know, receive, only spelled incorrectly. Not saying this means anything..but anyone who goes to a tattoo artist that does not know the i before e rule deserves some criticism.

On the court, Sanders is still a work in progress on offense. He took major strides last year, posting career highs of 9.8 points, 51% shooting and 62% free throw shooting, but is still limited. Taking a look at his shot chart, 78% of his attempts come at/near the rim, and he shot only 28.8% from mid-range last year. There's still hope he can improve, but you'd be acquiring an unfinished product.

With Sanders' extension kicking in next season, this deal becomes immensely complicated financially (unless the trade machine is steering me wrong). But it's still do-able, and Ainge should be trying to figure out what Milwaukee's asking price is. If it's cap relief + a 1st rounder, the Celtics could be a perfect fit.