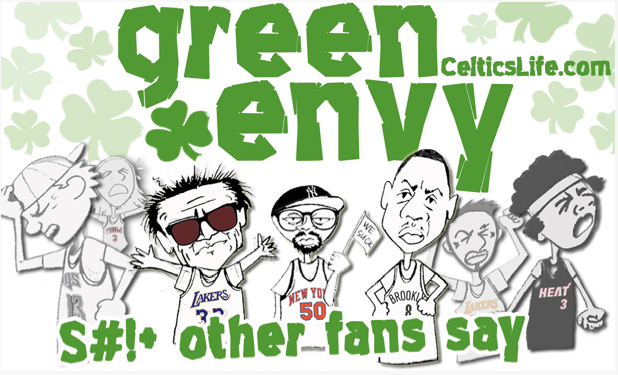 The Celtics came to PLAY tonight as they dismantled the Denver Nuggets for the majority of the game. Having won 7 of their late 8 games, the Nuggets came in expecting a hotly contested game and they sure found it in Boston. Lead by a monstrous effort by Ty Lawson in the second half, the Nuggets battled back to make it interesting, but the C's refused to slow down, ended the game by taking care of the basketball, and closed it out with a win in a statement game.

According to Twitter, no one in Denver had fun tonight.

Play of the Game

I like to imagine that Nate Robinson acts and talks like Kevin Hart. #Nuggets #Celtics
— Patrick Hanks (@LookKnowOne) December 7, 2013

Everything is falling for Boston, #Nuggets have to work for every shot.
— Kristopher Kelley (@kaoskelley) December 7, 2013

You know it's bad for your squad when you hear the sentence: "Kris Humphries has a season high." #Nuggets #Celtics
— J.R. Johnson (@thotunu1) December 7, 2013