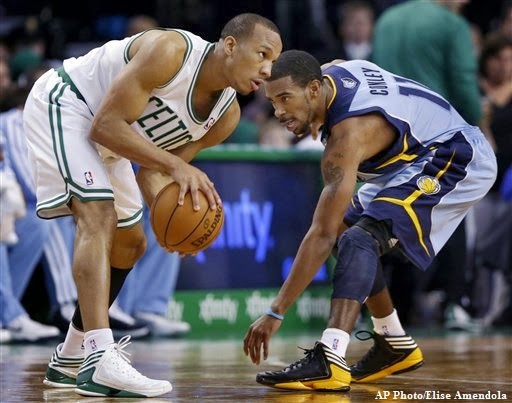 From Jay King of Mass Live:


"During double sessions on Day 1 of Boston's training camp Tuesday at Salve Regina University, Bradley said he never left the point guard position. He’s struggled at the spot in the past, but this time the circumstances already seem different. With a set of tweaks ready for whenever All-Star Rajon Rondo returns from injury, Stevens said earlier this week he would implement wrinkles to help Bradley succeed."


The season is still a month away, and it's possible that things could change, but if Bradley spent the entire first day of practice playing point guard, clearly that is the plan.  We first heard rumors of this a few days ago, and I expressed my a disdain for this idea on our CelticsLife Live show last week.  My fear is not so much that Bradley will struggle as the primary ball handler, but that taking on this role will prevent him from doing what he's best at; hounding the other teams top guard on defense, and running the floor looking for open layups on offense.

However, I will say this, I think this decision by Stevens is clearly an indication that he's going to try his best to win as many games as possible.  He could play Phil Pressey or Jordan Crawford at the point, and just run the same system he would with Rondo at PG and Bradley at SG.  But he believes his best chance for success in Rondo's absence is to have Bradley take the reigns, so that's what he's doing.