Danny Ainge says he's not the GM who admitted to tanking 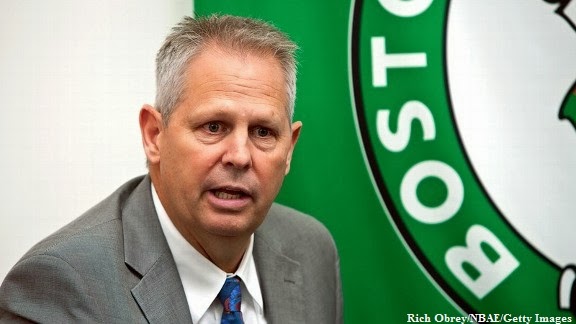 Earlier in the week one anonymous NBA general manager told ESPN the Magazine that his club is actively tanking.  On 98.5 the Sports Hub's "Toucher and Rich Show" this morning, Danny Ainge was asked if he's the guy.  Here's his response:

“No. First of all, I don’t do anonymous. If I say something I just say it. Second of all, I don’t talk to the media about those kind of plans. We’re trying to build a culture. We want to win, we want our guys to learn. We want our coach, who is a young new coach, to experience winning. At a certain time in the year your goals may change, but at this time right now we’re trying to win every game.”


There's also a possibility that Ainge's former disciple Ryan McDonough, now the GM in Phoenix, is the anonymous source.  While the situation appears to fit, according to Mass Live's Jay King Ainge also denied that McDonough gave the ESPN interview.