What the Hell Happened to...Tony Dawson? 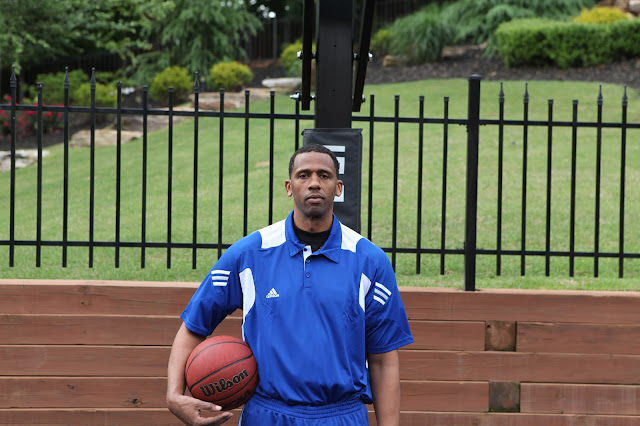 Overcoming the odds.  That's what WTHHT is all about.  I bet you didn't know there was a Celtic who was hit by a car as a kid.  Who after all the surgical procedures were done, turned out, that one of his legs was an inch shorter than the other.  Did you know Jerry Stackhouse's brother played for the Celtics?  It's true.  And who really knows how good Tony Dawson could have been.

Tony Dawson was born in Kinston, NC and as a child was hit by a car when he was 7.  He broke his femur bone and his foot was nearly severed, forcing doctors to consider amputating it. Tony underwent three major operations which included bone grafts from his hips.  Over the years he'd have bone and skin surgically attached to his foot and a piece of bone from his hip moved to his left knee to correct a severe limp. 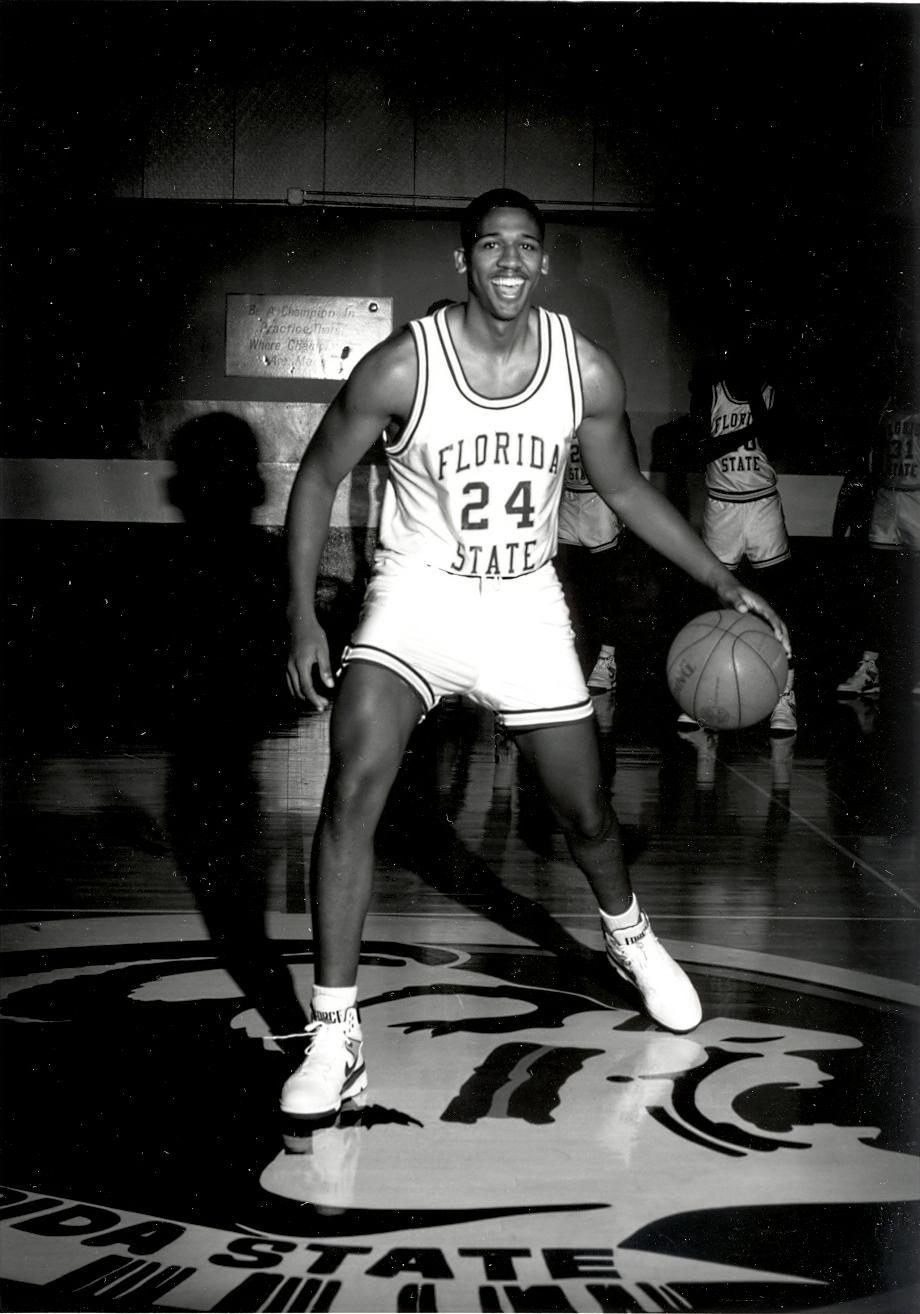 Amazingly enough Tony overcame that and despite all the pain and the setbacks, was actually able to play HS basketball at Kinston HS as a junior (that's the same high school Cedric Maxwell attended).  However despite averaging over 20 ppg as a senior, he wasn't heavily recruited, even though he was high school teammates with Charles Shackleford.  Following high school he enrolled at Florida's Gulf Coast Community College.  While there he became arguably the best junior college player in the nation, averaging a robust 30 points and 12 rebounds as a sophomore.  Pat Kennedy the head coach at Florida State never hesitated to offer Tony a basketball scholarship.

''The first time I saw him play, I fell in love with him,'' said Pat Kennedy, the Florida State coach. ''He can flat out play against anyone.''


Despite all the surgical procedures, Kennedy never wavered:


''We noticed a slight limp when we recruited Tony, but it didn't seem to bother him,'' Kennedy said. ''I realize he plays in pain sometimes. But he's a special kid. And when we get the ball in Tony's hands, he scores.''


And score he did.  He played 60 games at FSU and scored in double figures 58 times. His career average of 19.4 points per game is one of the best marks in school history.  He teamed up with future NBA'er George McCloud while in college.  He even used his injury to his advantage:


''It throws guys off guard,'' he explained. ''They're used to seeing guys jump off their left foot when they drive. When I go off my right foot, they don't know what to do.''


But like most things in Tony's life, making the NBA wasn't just handed to him.  He'd go undrafted in the 1989 draft and started his career with the Pensacola Tornados of the CBA.  His first two seasons were played for both Pensacola in the CBA as well as overseas, in both Spain and Italy.  In March of 1991 Tony caught his break, signing a 10 day deal with the Kings.  Unfortunately for him it was short-lived although he did get to appear in 4 games.

And just like we've seen for Junior Burrough and Larry Robinson amongst others, Tony's basketball odyssey took him all over the world.  Here's a snapshot of the teams he played for: 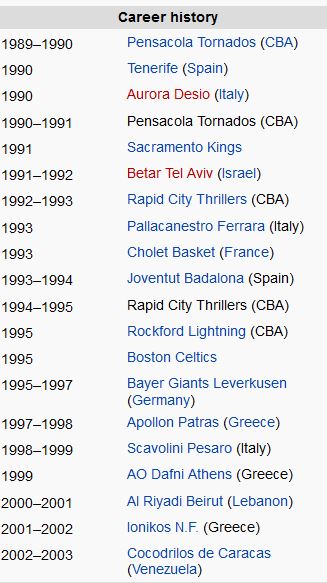 As you can see the Celtics came calling.  He signed two 10 day contracts, the first in February of 1995, yet didn't get into any games until April.  One of those two games was against the Pistons and was played in Hartford.  Although Zaid Abdul-Aziz is the only Celtic to officially never play in a home game, Tony technically never played in a home game in Boston, but rather Hartford where the Celtics would play a couple of games each year before the new construction of the Fleet Center.

I actually watched the game vs Detroit and Tony looked good, scoring 8 points in 9 minutes including a 3 pointer.  No way would I have known about all his injuries when he was younger.

Imagine all that, and still being able to make the NBA?

And then there's the younger brother.  Yep Jerry Stackhouse is indeed Tony's younger brother.  In fact since Tony wore # 24 growing up, it inspired Stackhouse to flip the digits and go with #42 for his career (Of course Tony couldn't wear #24 for the Celtics, just don't tell JR that).

There were 11 kids growing up in that family including 8 boys.  Jerry was the youngest.  And of course they had the typical big brother-little brother basketball battles.  Tony said he used to beat Stackhouse up in one-on-one games when they were kids:


I quit when I was ahead. When Jerry started to grow, I stopped playing him. He got to be so good. We have some other brothers who played college ball but only Jerry and I played as pros.


Today Tony is retired and lives in Atlanta.  Just like Ronnie Grandison, Andrew DeClerq, Eric Riley and Chris Carr before him, Tony is involved in coaching kids.  He's an assistant coach with the Stackhouse Elite AAU squad.  Their motto is:


Stackhouse Elite is dedicated to maintaining an environment that fosters the development of athletic skill and knowledge of the game of basketball at the highest level. With our foundation rooted with faith in God, we continuously encourage our student athletes to strive for academic and moral excellence. We believe that teamwork, dedication, discipline, preparation, and accountability are the principles through which TEAM and individual goals can be achieved. 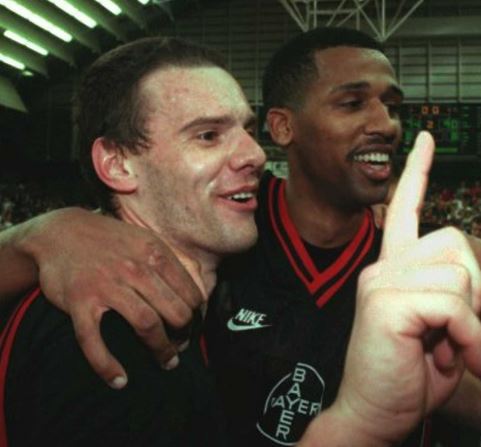 Very cool stuff Tony, keep up the great work in the community!  And for anyone out there that thinks Tony shouldn't be honored since he "only" appeared in 6 NBA games, tell me this: how many guys make the NBA let alone, with those kind of injuries?  And maybe, just maybe, if those incidents don't happen, his name might be as familiar to you as Jerry Stackhouse, his younger brother.